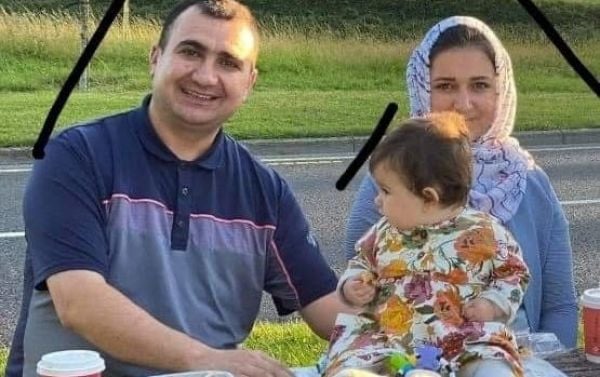 A family of three among the four people killed in a multi-car crash in Co Galway on Thursday evening have been named locally.

Karzan Sabah, his wife Shahen Qasm and their eight-month-old baby Lena died in the three-car crash near the westbound approach to the M6 at Poolboy near Ballinasloe.

The family were members of the Irish-Kurdish community, and the Kurdish Irish Society has expressed its “deepest sympathy to the family” in a post on Facebook.

“May their souls be returned to Allah and let them rest in peace. God rest their souls,” the post said.

Tragic death of a kurdish couple and their infant child near Galway.

It has been relayed that the horrific three car…

The couple and the infant were travelling in one of the cars involved in the collision. The fourth person killed was the driver and sole occupant of a second vehicle, which is reported to have been travelling on the wrong side of the motorway.

Gardaí believe the lone driver drove onto the motorway in the wrong direction and collided head-on with the other vehicle.

A third vehicle was also involved in the incident after debris from the collision hit their vehicle. The driver sustained non-life threatening injuries.

Post-mortem examinations on all of those killed are continuing at Portincula Hospital, Ballinasloe.

Gardaí have confirmed an investigation into the matter is underway, and have appealed for anyone who witnessed the crash to come forward.