KILDARE Senior Hurling Manager, David Herity, is to remain on with the Lilywhites for another three year term it has been confirmed. Kildare GAA confirmed Herity’s new three year term in a statement issued on Wednesday morning. 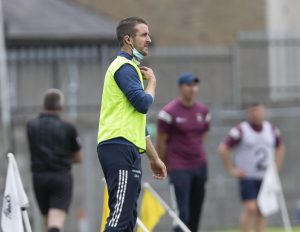 “Kildare GAA are delighted to confirm that it’s Management Committee will be proposing David Herity as Senior Hurling Manager to September’s County Board Meeting on a 3 year term with review after two years,” the statement said.

“Since David’s arrival three years ago, the Senior Hurling Team has achieved numerous honours including Christy Ring Cup success and promotion to Div2A. Both Kildare GAA & David are looking forward to further maximising the potential of our talented group of players within the county in the coming years,” the statement concluded.
Ratification of the Kilkenny man should be a formality at September’s Co Board based on the huge progress made in Kildare hurling during his first term and because of the great relationship he has with the clubs in the county. Herity has already been seen at the hurling championship matches and will again be in attendance at this coming weekend’s Round 1 games.
Filed under: Kildare GAA, Kildare hurling