Man charged with attempted murder of his mother 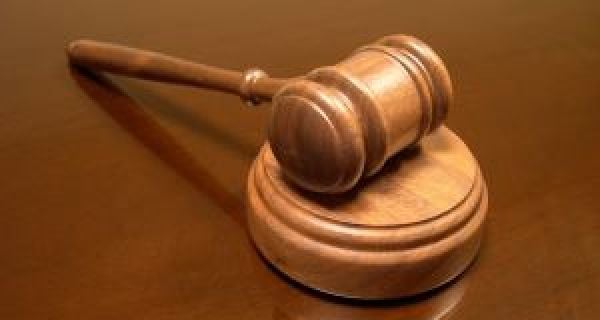 A man in his 30s has been charged with the attempted murder of his mother at their family home in Bandon, Co Cork earlier this summer.

Gearoid Coughlan (31) of Ballycoughlan, Innishannon in Co Cork, previously appeared before Bandon District Court in connection with an alleged assault on his mother, Mary, in June.

At Bandon District Court today the assault charge against Mr Coughlan was withdrawn. The Director of Public Prosecutions directed that Mr Coughlan be charged with the attempted murder of Mary Coughlan and intentionally and recklessly causing serious harm to her. Both alleged offences occurred on the June 4th last.

Det Garda Peter Nolan gave evidence of arrest, charge and caution. He said Mr Coughlan made no reply when the charges were put to him under caution at 1.50pm today at North Main Street in Bandon.

Inspector David Callaghan said that Coughlan was also facing two minor theft charges involving his allegedly stealing a few cans of alcohol and a bottle of gin in a supermarket in Dunmanway in Co Cork on May 28th and 29th last.

Coughlan has been remanded in custody to appear before the next sitting of Cork Circuit Criminal Court on September 2nd in relation to those charges.

Judge James McNulty also further remanded Coughlan in custody in relation to the two more serious charges he faces. He will appear at the next sitting of the Central Criminal Court in Dublin where a decision will be made on his fitness to plead.

Defence solicitor Plunkett Taaffe applied for free legal aid for his client and requested that both a Junior and Senior Counsel be made available at Central Criminal Court and Circuit Court level.

Judge McNulty granted his request for the Central Criminal Court but said that a junior counsel would suffice for the theft charges at Cork Circuit Criminal Court.

He added that a High Court ruling earlier this month had indicated that Mr Coughlan was being lawfully detained and that his condition would deteriorate more rapidly if he was released in to the community.

A previous sitting of the case heard that Mr Coughlan had defaulted on taking his medication for schizophrenia.

A report provided to the district court by Dr Eugene Morgan, a consultant psychiatrist in Cork Prison, had outlined Mr Coughlan’s longstanding history of paranoid schizophrenia and polysubstance drug abuse. The court was also previously told that Coughlan is on a waiting list for a bed in the Central Mental Hospital.