Poots intends to run for Assembly in same constituency as Donaldson 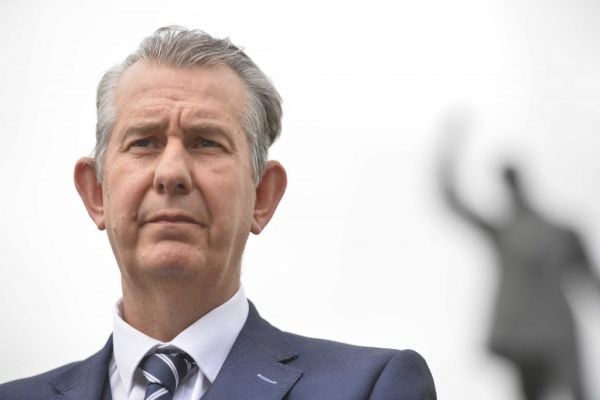 The North’s Agriculture Minister Edwin Poots has said he will “probably” stand in next year’s Assembly elections, but has not ruled out running for Westminster.

On Tuesday, DUP leader Jeffrey Donaldson said he intends to run as a candidate in Lagan Valley in next year’s Stormont elections.

The decision could see Mr Donaldson, the current Lagan Valley MP, bidding to become an MLA in the same constituency as Mr Poots, whom he replaced as party leader, and the man he intends to replace as First Minister, Paul Givan.

This could see the party running three of its most high-profile figures in a constituency in which it currently holds two seats.

Mr Poots told the BBC’s Good Morning Ulster on Wednesday that he would not speculate on the future, but that he expects to run in the Assembly elections.

He said: “I was never a career politician, so politics has happened for me, I could live outside of politics, but at this moment in time it is not my intention to leave politics, it is my intention to continue.

“But I don’t know what the future is and I don’t believe in speculating a lot.

“At this moment in time I intend to carry out this role until the next election. I will probably stand in the next election, that is most likely my intention and we will take things from there.

“I have had an experience this year which I didn’t anticipate. That was being told that I had cancer and going through surgery. I don’t know what is going to happen in the next year to any of us so I am not going to speculate on it.

“I have an intention that I will remain in politics at this stage, but things change, opportunities come along. One never knows what is going to happen in the future.”

Asked if he would be interested in running for the Lagan Valley Westminster seat if Mr Donaldson was elected to Stormont, Mr Poots said: “The by-election may well be held on the same day as the Assembly election, so that may not come into it.”

Pressed further, he said: “I wouldn’t rule that out. I have always enjoyed being at Stormont, I have enjoyed being local. These are all things that we need to sit down, have conversations about going forward. I want to see the DUP doing well.”

Asked if he would prefer Mr Donaldson to stand in a different constituency, Mr Poots said: “I have no preference on this. I am very relaxed about it all. I will take whatever challenges 2022 bring to me.”

However, he was forced to resign within weeks following an internal party revolt over his decision to proceed with the appointment of Mr Givan as First Minister.

Mr Donaldson then stood again for party leader and was elected unopposed.

He has said he intends to return to Stormont from his current position at Westminster and intends to take the role of First Minister.