No return to austerity despite €38bn deficit from Covid, Minister says 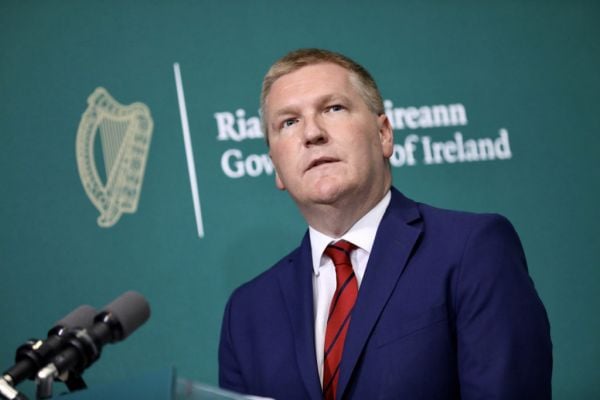 Minister for Public Expenditure Michael McGrath has said he does not think there will be a return to austerity despite the €38 billion deficit left by the Covid pandemic.

The economy would need “careful management” in the coming years, he told Newstalk Breakfast, but that did not “equate to pain” or another period of austerity.

Minister for Finance Paschal Donohoe later told RTÉ radio’s Today with Claire Byrne show that all the pandemic supports came from “borrowed money” and that the next two Budgets would focus on reducing those borrowings “significantly.”

When asked if the Budgets would not include “goodies”, Mr Donohoe said that given everything that the country had been through over the last 18 months, there was “a hell of a lot more to be thinking about than goodies in the Budget.”

Mr McGrath told Newstalk that there would still be growth in expenditure and it was about managing that sensibly, but that the level of spending seen in the last year and a half could not be sustained.

“That would get us into trouble very quickly, but provided we are cautious and sensible, and we support the economic recovery we believe we can avoid anything like the kind of decisions that were made coming off the crisis a decade ago.”

Both Ministers explained that the Pandemic Unemployment Payment (PUP) would be scaled back from next week, but that special supports would be put in place for specific sectors such as musicians for whom a return to work was not yet possible.

Mr McGrath said there would be a “bespoke scheme” for the arts, culture and entertainment sector, to be announced next week.

“We have done all that we reasonably could be expected to do to accommodate people, but maintaining those levels of rates indefinitely is simply not an option for the economy or the public finances,” he said.

Mr Donohoe said that it had never been envisaged that the pandemic supports would be ongoing.

The Minister for Finance also defended the HSE for its procurement process for ventilators. “Our citizens were dying, we were trying to find ventilators to keep people alive,” he said.

The HSE had shown their “mettle” and ability to get difficult work done during the pandemic, he said. “The HSE did all they could to get ventilators.”

Charges could be made against everyone in Government for their actions during a time of national crisis, he said, but he believed the money spent during the pandemic had been used well.