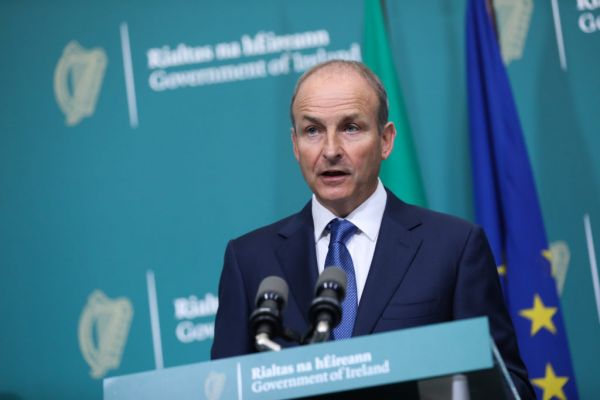 Taoiseach Micheál Martin said there has been “melodrama and over-dramatics” in the reaction to the Katherine Zappone controversy.

Mr Martin has brushed off suggestions that Tánaiste Leo Varadkar and Minister for Foreign Affairs Simon Coveney should resign over the affair amid claims it was “overshadowing” the work of Government.

He said it was “not comparable” to the controversy which saw former Fianna Fáil minister for agriculture Barry Cowen resign last year.

He said: “I don’t think the situations are comparable. Minister Coveney has already written to the chairman of the Foreign Affairs Committee, saying he wants to go before them again to fully address any issues that still arise or need to be addressed.

“And answer any queries that the members of that committee have in relation to the appointment of Katherine Zappone.

“I was surprised early this morning, listening to the debate that somehow people have forgotten the core reason behind the decision.

“The fact that something is a distraction on its own doesn’t merit any action of the sort you’re suggesting.”

After reading from his speech at the time of Mr Cowen’s dismissal, the Taoiseach said the difference was that the former minister was not prepared to address the allegations publicly.

“It is my view that Deputy Cowen had an obligation to come before the house” he said.

Earlier, Mr Varadkar said he will not consider his position amid ongoing controversy over Ms Zappone’s appointment as UN special envoy, a role she has since turned down.

The Taoiseach, however, said it was time for “balance and perspective”, with the country facing bigger challenges in terms of Covid-19 and the housing crisis.

He said: “I’m very clear about this. I think there’s a bit of melodrama and over-dramatics about the whole thing. That’s where I’m personally coming to this issue from.”

He added: “The bottom line was I asked the minister in my Cabinet to go before the Dáil, to clarify issues of significant importance that we raised.

“The minister decided he wasn’t going to do that, he wanted to go another way. It’s not directly comparable to this.”

The Taoiseach suggested that some journalists wanted “to let the story run”.