KILDARE’S Andy Lyons (Bohemians) has been included in the Irish U21 X1 to face Bosnia & Herzegovina in the UEFA Qualifier on Friday afternoon. Kill native, Lyons, who scored the winner for Bohemians against Shamrock Rovers in the Extra.ie FAI Cup on Sunday last, lines out at right back on Jim Crawford’s team. 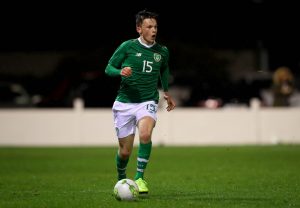 Kildare resident, Crawford, is in his first full qualifying campaign having taken over from Stephen Kenny half way through the last campaign.

Andy Lyons will, of course, be part of the Bohemians squad which will face Maynooth University Town FC in the Quarter Final of the FAI Cup in two weeks time.