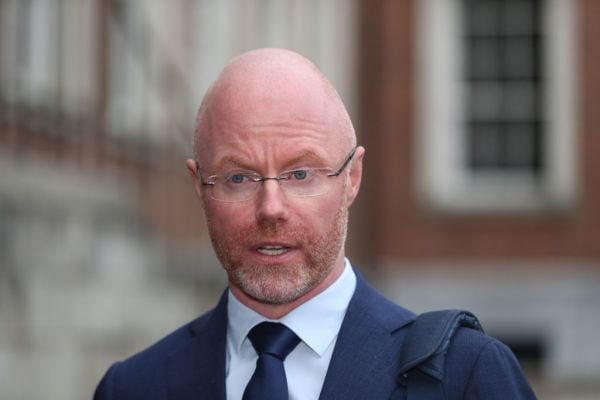 Senior Government figures and health chiefs are optimistic that Ireland’s level of Covid-19 infection is on a downward trajectory, linked to the impact of vaccination among younger people.

On Monday morning, Minister for Health Stephen Donnelly said that a downward trend in Covid-19 infections was “very evident in younger age groups as they come forward for vaccinations”.

“The impact of vaccinations continues to be seen across the population,” he said in a series of posts on Twitter. “It is thanks to the collective efforts of everyone that we are on a pathway out of this pandemic and we can progress towards the full re-opening of society.”

The impact of vaccinations continues to be seen across the population. The downward trends in COVID-19 infections is now also very evident in younger age groups as they come forward for vaccinations and also adhere to the general measures to keep each other safe. pic.twitter.com/C4m9gxutGv

The Minister however added a note of caution: “But as we continue vaccinations and as we reopen we also need to continue to be safe and to mind each other.

“44 per cent of all hospitalisations of cases notified in August were amongst those aged under 50,” he continued.

“We can continue to break the chains of transmission – through vaccination and doing the things we have become so used to – washing hands, mask wearing and being careful.”

But as we continue vaccinations and as we reopen we also need to continue to be safe and to mind each other. COVID-19 hasn’t gone away. The 14-day incidence rates for those aged between 35-44 is similar to that of those aged over 85. pic.twitter.com/PmMRyXvEiR

Mr Donnelly on Sunday night said that the number of cases among 15-24 year olds had been “coming down significantly and coming down for quite a while”.

He told The Irish Times that cases in these groups, “which were very, very high, have been falling markedly” and younger people had demonstrated a positive attitude to vaccines.

Green Party leader Eamon Ryan also attributed the fall to a high vaccine take-up among the young: “It is really encouraging and is starting to have an effect and will help keep those numbers on a downward curve.”

The head of the HSE’s testing and tracing programme, Niamh O’Beirne, said on Sunday referrals for testing among 15 to 24-year-olds had fallen back to levels experienced among older age groups.

Ms O’Bierne said that, based on testing and tracing data, she would “absolutely” agree with the assessment of Taoiseach Micheál Martin that infection rates were moving downwards.

A further 1,180 cases of Covid-19 were reported in the Republic on Sunday. On Saturday, 1,703 cases were reported and all of last week the daily case number remained below 2,000.

As of Monday morning, there were 384 patients hospitalised with the virus, with 59 people in intensive care.

Meanwhile, a further range of Covid-19 restrictions will ease from today, including restrictions on live music, religious ceremonies and on the numbers attending organised events.