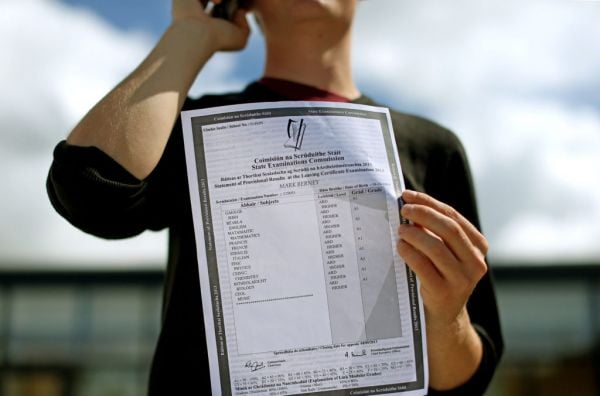 There is evidence of “unconscious bias” in favour of girls in estimated marks provided by schools for this year’s Leaving Cert students, according to a report by the State Examinations Commission (SEC).

In an official analysis of grades, the SEC said that while female students do better on average than males in exams, the gender gap was wider in school estimates compared to traditional exams.

It added that research suggests “unconscious estimation bias” in similar contexts generally favours female students, according to The Irish Times.

The report said it was not possible for the SEC to correct against gender bias during its standardisation process of schools’ estimated grades this year without “violating” commitments made over how the process would be conducted.

It said the Department of Education made “strong efforts” to address the issue by providing guidance to schools last May on the need to remain objective and avoid preconceptions about each student’s performance.

This year amid the Covid-19 pandemic, Leaving Cert students could choose school-estimated accredited grades, sitting written exams or a combination of both.

A standardisation process, aiming to ensure consistency in results, marginally narrowed the gap in these school estimates to 7.6 points in 2020 and to 7.2 points in 2021.