State will have 90% of adults fully vaccinated ‘in coming days’ 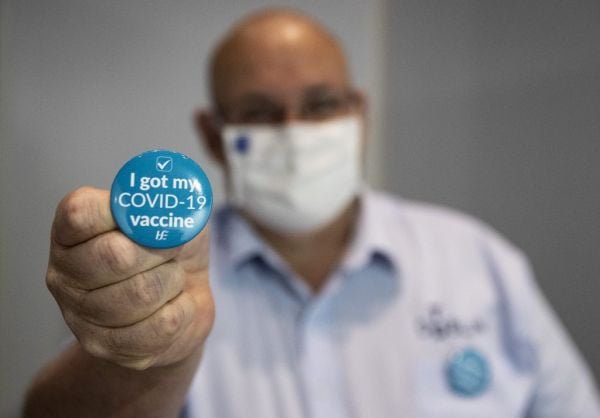 Minister for Health Stephen Donnelly has said that 90 per cent of adults aged 18 and over will be fully vaccinated against Covid-19 in the coming days.

Mr Donnelly said 88 per cent of people aged 16 and over are now fully immunised, and 83 per cent of those aged over 12.

In an interview on RTÉ radio’s Today with Claire Byrne, he expressed confidence in the return to school and said public health controls were working and the rates of transmission were falling significantly, especially among teenagers.

Great credit was due to the education partners, he said. The success was as a result of the vaccination programme and the support of students and their parents.

When asked if there was a “Plan B” if infections rise again, Mr Donnelly said that if that were to happen then plans could change. In the UK restrictions had been lifted quickly and now some parts, such as Scotland, were “in real trouble.”

The 14-day incidence rate in Ireland was down from 550 to 450, he said. “We’re not out of the woods, but our phased approach is working.”

The numbers were being monitored very closely, he added.

Meanwhile, data published by the HSE’s Health Protection Surveillance Centre on Monday shows the pattern of Covid-19 cases in the two weeks leading up to September 2nd.

The highest incidence rate remains in Donegal and Monaghan, with 1,185 cases and 1,498 cases respectively.

The total number of confirmed cases in the last two weeks was 23,422, with a median age of two years.

The number of people in hospital with Covid-19 is now 367.