THE time and date for Maynooth University Town’s Extra.ie FAI Cup Quarter Final has now been confirmed. MUT FC will face Bohemian FC in Dalymount Park on Friday 17 September with a 7.45pm kick off. 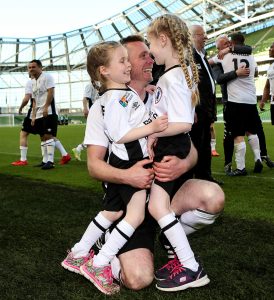 The club is awaiting confirmation of their ticket allowance and they will update supporters early next week.

Shane Harte’s Maynooth University Town side are in the FAI Cup Quarter Final courtesy of their great victory over SSE Airtricity League First Division side, Cobh Ramblers, 3-2, with their goals coming from Jack O’Connor, Jackson Ryan and an own goal from Ramblers’ John Kavanagh.