Gardaí say they have ‘no motive’ yet for Kerry murder-suicide 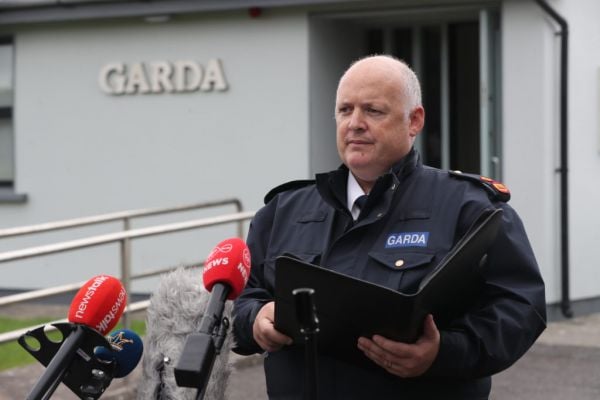 Gardaí investigating the double murder-suicide that has rocked a small north Kerry community say they have “no motive” for the killings.

Gardaí are “keeping an open mind” as to why Morris “Mossie” O’Sullivan, 63, shot his partner Eileen, 56, and the couple’s son, Jamie, 24, at their home in Lixnaw, Co Kerry on Tuesday evening.

As the Irish Examiner report, gardaí have launched a criminal investigation into the suspected double murder-suicide.

Superintendent Paul Kennedy, Listowel Garda, confirmed that gardaí had not been alerted in advance about any issues at the family.

“We have no knowledge of anybody in the days preceding this that would have contacted us directly,“This was a very decent family who were not previously known to us.

“At the moment we don’t have motive.”

The superintendent appealed for help from the local community.We have a lot of unanswered questions,” he said.

“The family are a very well respected and private family.

“We are appealing for people to come forward to help determine what happened.

“We have an open mind into the events leading up to this event, and we are examining everything,” he said.

All three bodies were found around 9pm last night at Eileen’s family home at Ballyreehan, near Lixnaw, north Co Kerry.

They all had gunshot wounds and gardaí said a firearm was recovered from the scene.

The woman's body was discovered by a neighbour shortly after 9pm, at which point the alarm was raised.

The State pathologist and the Garda Technical Bureau are working on the case and the scene is currently preserved.

A technical investigation of the family's bungalow home took place on Wednesday afternoon, with more details to emerge throughout the day.

Investigations are ongoing however gardaí said they are not looking for any other person in relation to the incident at this time.

She tweeted: “The shock and devastation being felt by the family and the community is unimaginable. An Garda Síochána is engaging with the local community and will carry out a full investigation.”

My deepest sympathies to all impacted by the truly awful tragedy in Lixnaw. The shock and devastation being felt by the family and the community is unimaginable. An Garda Síochána is engaging with the local community and will carry out a full investigation.

The parish priest of Lixnaw told of the sense of unreality and disbelief in the village at the deaths.

Speaking on Newstalk radio, Fr Anthony O’Sullivan said he had been called to the scene at 11.15pm on Tuesday night to say prayers.

“There’s a sense of numbness, unreality, disbelief that it happened. I feel the same way myself, numb. It’s difficult to express how I feel.”

Fr O’Sullivan, who has been in Lixnaw for only two years, said he had met one member of the family briefly. Covid restrictions had meant that there was not much interaction, but he said it was a very caring parish.

He told Newstalk: “There is devastation across the community. [The family] have our support at this time and we're thinking of them.”

If you have been affected by any of the issues raised in this article, you can freephone the Samaritans 24 hours a day for confidential support at 116 123 or email [email protected]. Alternatively, the contact information for a range of mental health supports is available at mentalhealthireland.ie/get-support.