TWO of Kildare’s best known Referees will be on national duty in Croke Park in the All Senior Football Final on Saturday and the Senior Camogie Final on Sunday. 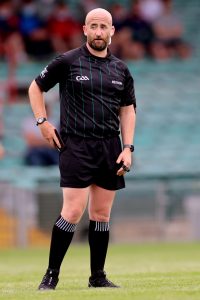 Brendan Cawley, who is just a short time on the National Referees Elite Panel, will be Linesman to Cavan Referee, Joe McQuillan in the All Ireland Football Final, Mayo V Tyrone in Croke Park on Saturday, Throw-in 5pm. Meath’s David Gough will be the Standby Referee in that one with Ciaran Branagan of Down as the Sideline Official. 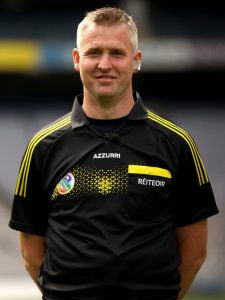 Meanwhile on Sunday, Ray Kelly, who has refereed the Camogie Final in the past, will be Standby Referee for the All Ireland Senior Camogie Final between Cork and Galway in Croke Park, Throw-in 4.15pm. The Referee in that game is Liz Dempsey of Kilkenny with Line, John Dermody, Westmeath, Fourth Official, Eamon Cassidy, Derry and 5th Official, Louise Reilly, Cavan.

We wish both Brendan and Ray every Good Luck on their respective big days.