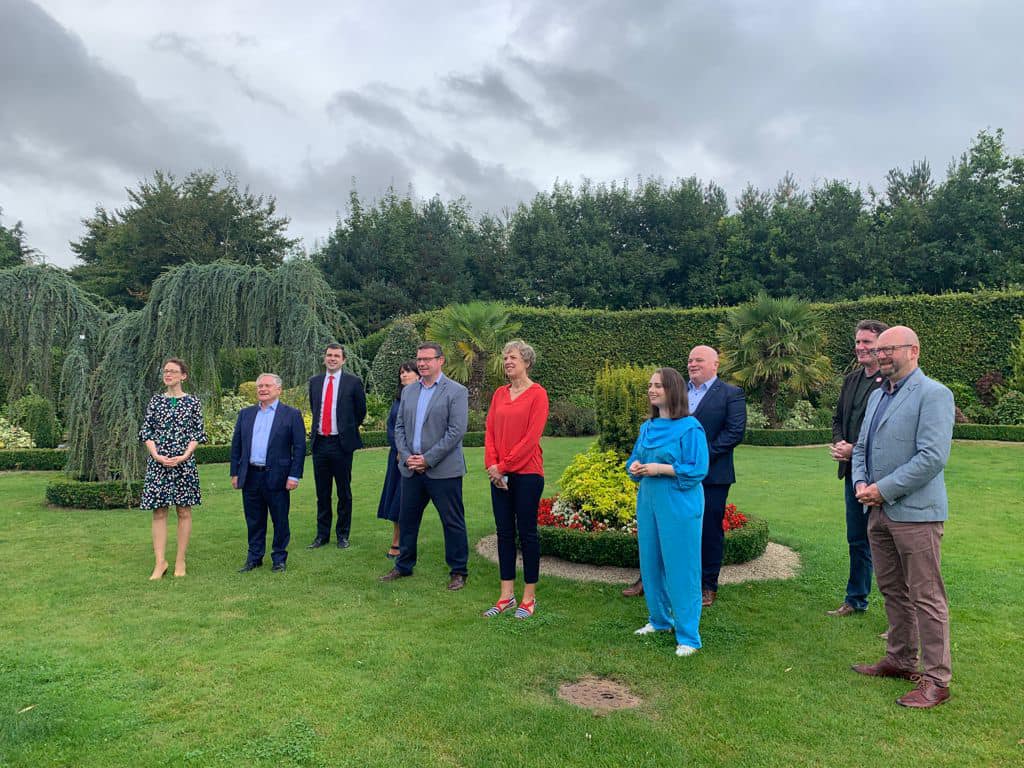 Athy’s Clanard Court Hotel is playing host to a Labour parliamentary party think-in today and tomorrow. It’s the first time in nearly a year that the party has been able to gather in the same room and discuss their political ambitions.

Speaking at the hotel earlier today, Labour leader Alan Kelly explained: “we’re here in Athy in particular to support our senator, Mark Wall, who is running the show around here for us, and thanks to Mark for his invitation to come to Athy. This part of Kildare has a long tradition, a history of the Labour Party, where we’ve had a TD for a long time in the form of his dad, Jack Wall, so it’s great to be here.”

Ensuring that Senator Wall is elected a TD for Kildare South after the next general election is a key target for the party.

The parliamentary party is meeting to discuss their priorities and platform for the Oireachtas term ahead. Key issues include housing, climate, hospital waiting lists, education, care, and the need for a new social contract.

The schedule includes the launch of Labour’s Renter’s Rights Bill which will be debated in the Dáil, a panel discussion on the challenges and opportunities in post-Covid Ireland, and the publication of a new policy document, A New Deal for our Towns and Villages, a plan for revitalising Ireland’s urban centres, built on a survey of over 1,000 people. It outlines a series of policy proposals anchored on the restoration of town councils and local democracy and a social democratic approach to regeneration and enterprise supports.

Senator Wall, the party’s spokesperson on Defence, Tourism and Sport, who commented on being “in the fantastic surrounds” of the Clanard Court, said the town and village document is a very important one for Kildare.

“If we look at what’s happening in Co Kildare, we have some terrific towns but we also have a population explosion, so we need to make sure that the infrastructure catches up and in many places it hasn’t,” he said, and referenced the likes of a second bridge for Newbridge and “the amount of community playing facilities that’s needed in Kildare town, Newbridge and here in Athy as well.”