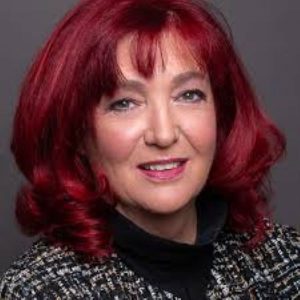 A LOCAL councillor has heartily welcomed the arrival of the latest public safety measures announced this week (14 September) for Sallins, with the release of the proposed ‘Traffic Calming and Cycle Track Interim Scheme’ to the public.

“There should be no further requirement for Gatso vans if all these measures are implemented, and these should help make Sallins a much safer place,” said Cllr Carmel Kelly.

“Now that Sallins has been bypassed, these very welcome measures can now be implemented, and will make Sallins a safer space for walkers, cyclists and motorists,” she said.

“Huge thanks must go to the Sallins Road Safety Action Group and many others who have worked tirelessly to make Sallins safer,” she said.

Cllr Kelly was referring to the eight ramps, four footpaths, three cycleways, and two more pedestrian crossings proposed in the Scheme which goes on public display at Áras Chill Dara from tomorrow (14 September).

All these measures will be constructed on a 2.5kms stretch of the R407 through the village, from the new bypass roundabout on the Clane Road, to the M7 overpass.

The eight new junction tables (or ramps) are planned for the following locations: Hillview, Castlefen, Castlesize, Sallins Park, Canal Road, and Osberstown Drive, as well as the construction of speed control platforms on the Sallins Road at Osberstown View  and Osberstown Road.

The Scheme also calls for segregated cycle tracks by  means of road markings and flexible bollards at the following locations: on both sides of the Clane Road between the Grand Canal and Sallins Park, also on both sides from the M7 bridge to Osberstown  View.

There will also be the installation of shared footway and cycle track on the westside of Sallins Road  between the M7 Bridge and Osberstown Road, and between Canal Road and  Millbank Link Road.

There will also be a new signal-controlled crossing, on the Clane Road between the bypass roundabout and the ESB sub-station, and additional pedestrian crossings at the existing traffic signals at Waterways and Millbank.

and will also be available to view on Kildare County Council’s website https://kildare.ie/countycouncil/AllServices/Roads/Section38TrafficCalmingMeasures/

Representations relating to the above mentioned proposed works may be made in  writing to the Senior Executive Officer, Roads, Transportation and Public  Safety Department, Kildare County Council, Áras Chill Dara, Devoy Park, Naas,  Co. Kildare or emailed to [email protected] including your  Eircode.

The latest date for receipt of such representations is 12 noon on 28 October 2021.