Keeping the music alive in Sallins 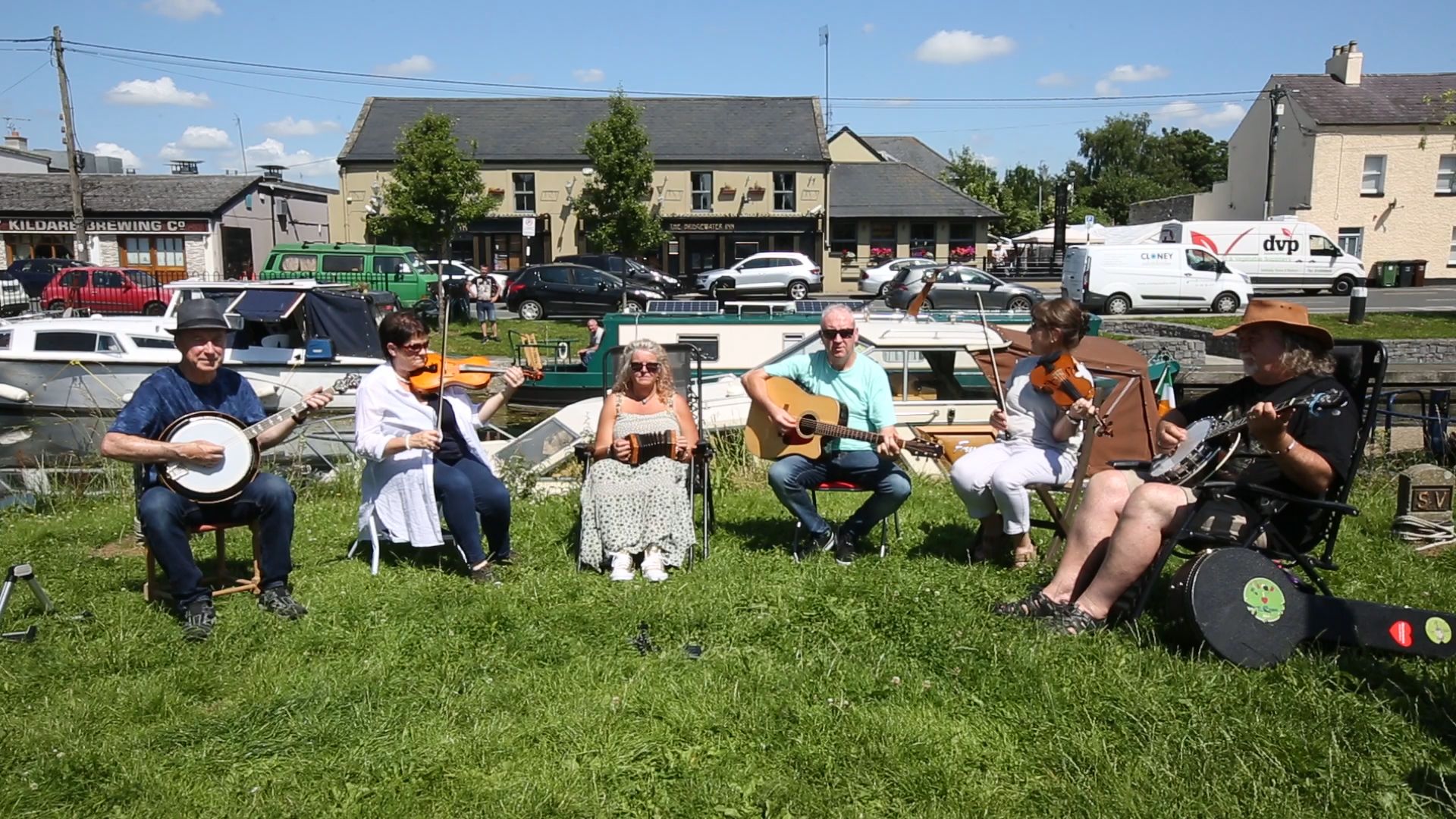 The musical group Sult playing on the banks of the canal

This year has been difficult for anyone involved in music and live performances, and the committee has been really challenged to deliver a Traditional Music and Culture Festival.

Because of the situation with ongoing Covid 19 restrictions they were not able to have their usual live acts, classes and other activities. So to make up for this, in a small way, the committee has produced a Féile video which will be launched on Culture night, in Café Grange, Sallins this Friday 17 September at 7.30pm.

The video was filmed by Tony Gavin on location in Sallins and features some of the local musicians Sult playing in the Grand Canal Harbour and accompanied by the Sutton School of Irish Dancing, Spraoi in  the Church of Our Lady and the Guardian Angels, Legendary banjo player Tom Moran and friends, piper Bryan O’Connell at Bodenstown Graveyard and Féilem MacDoncha and Pat Domnican and singer Nellie Ryan.

This is all complemented by a bi-lingual commentary by Nuala MacLochlainn.