Driving test numbers up 50% on pre-pandemic levels in North 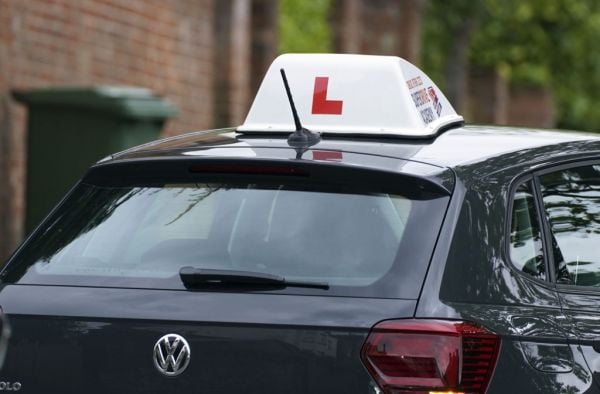 The number of driving tests being conducted in Northern Ireland is up 50 per cent on pre-pandemic levels amid efforts to tackle the backlog, MLAs have been told.

Infrastructure Minister Nichola Mallon said that in the four months since testing resumed almost 23,250 tests had been taken.

She said the recruitment of additional examiners and the provision of temporary testing centres was helping the Driver and Vehicle Agency (DVA) to meet huge demand for tests built up during months of suspension in the Covid-19 emergency.

“As you know the DVA continues to work diligently to get all its services back to what the customer expects,” the minister told members of her Assembly scrutiny committee.

“As a result of a series of actions taken, the capacity for conducting driving tests has increased.

“In the first four full months since driving tests resumed, it conducted 23,246 driving tests, which is 50 per cent higher than the five-year average for that period.

“This has been achieved by DVA putting in place a wide range of measures to maximise the availability of tests, including the recruitment of additional examiners and the opening of new temporary test centres.

“DVA continues to offer driving tests on Saturdays, and at certain centres on Sundays, where it is suitable to do so without compromising the integrity of the test. Overtime is also used to allow off-shift dual role driving examiners to provide further capacity.”

She told committee she was unable to quantify the scale of the backlog of learners awaiting tests.

“I am as frustrated as anyone else at the backlog, but the backlog is a reality of the pandemic – a pandemic that necessitated the closure of all driving testing to keep people and customers safe,” she said.

“And that inevitably resulted in a significant backlog which we are working hard to try to tackle, trying to minimise disruption to our customers and also ensuring that we continue to have mitigations in place to keep them safe.”

Ms Mallon also updated the committee on efforts to increase capacity for MOT vehicle tests following their suspension during the pandemic.

“In August the MOT rate was 98 per cent compared with the pre-Covid testing rate,” she said.

“As the DVA transitions back to its normal testing regime it is experiencing a high demand resulting in longer than normal appointment waiting times and, in some cases, customers may not be able to secure a vehicle test appointment before their current MOT expires.

“The DVA has consulted with the PSNI and the Association of British Insurers to make them aware of the current position.

“The PSNI has agreed not to penalise the driver of a vehicle whose MOT has expired so long as the vehicle is in a roadworthy and safe condition, is properly insured, and the driver has proof of a test appointment booking for the vehicle.

“The ABI view is that not having a valid MOT certificate would not necessarily invalidate insurance, but recommends customers check their policy documents or speak to their insurer if they find themselves in this position.

“However, it is a condition of insurance that owners maintain their vehicles in a roadworthy condition.”

Government at odds over ‘discrepancies’ in health spending

Irish Water to be grilled by Oireachtas over ‘unacceptable’ contamination