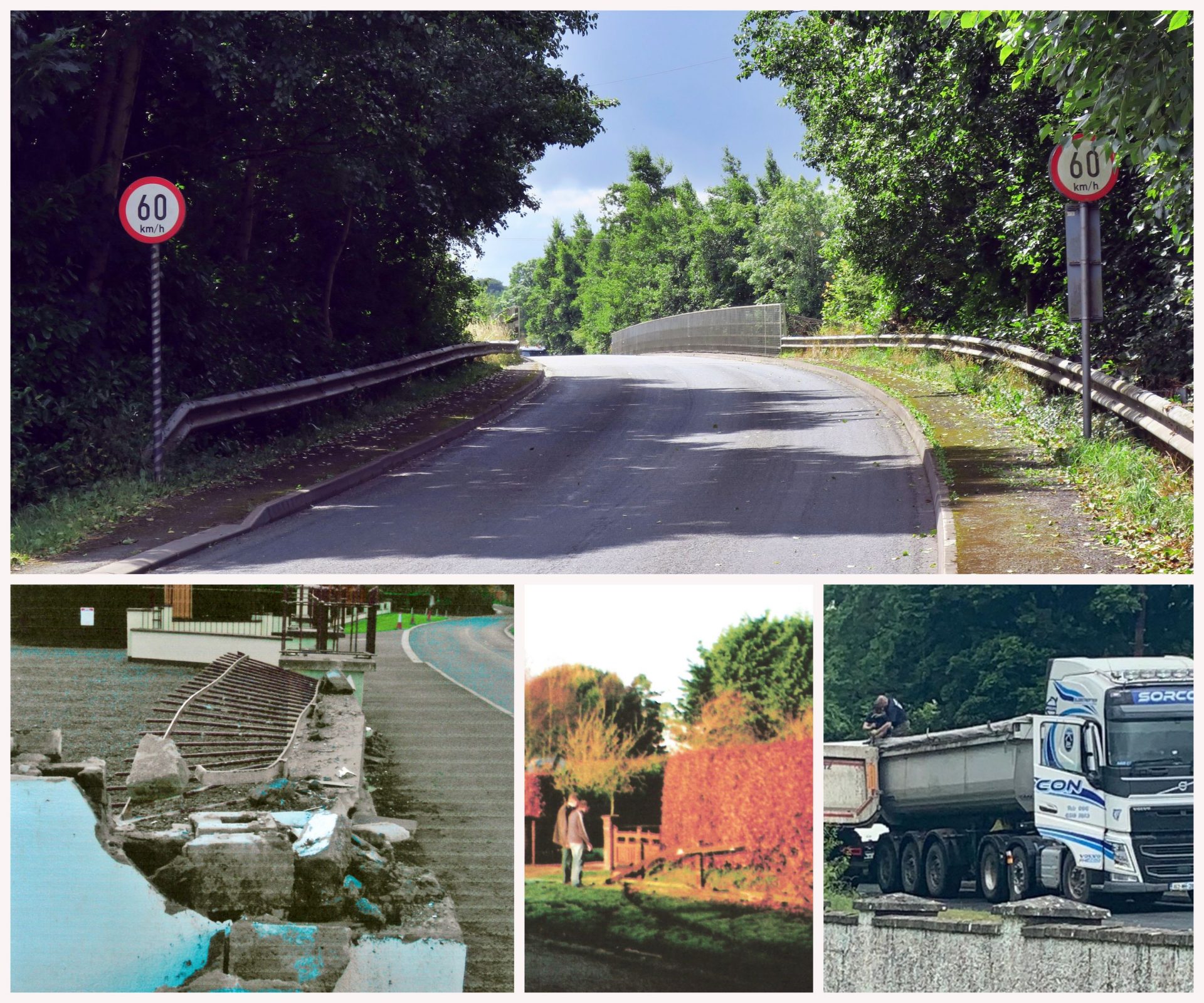 RESIDENTS of the Sunnyhill Road in Kilcullen have assembled very strong arguments against a proposal to increase the speed limit from 60km/h to 80km/h, which they say is totally inappropriate for the traffic levels and the condition of the road.

In so doing, they have used the same national guidelines quoted by Kildare Co Council officials pushing for increased limits on the L6081 to stoutly rebut the proposal.

In addition, the residents have included reports and photographs of substantial damage to properties caused in four separate incidents where vehicles have lost control.

When local councillor Tracey O’Dwyer originally submitted her own concerns over plans to increase the speed limit, earlier this year, she was told that according to ‘Section 7.2 of Speed Limit Guidelines’, this section of road should be default 80km/h ‘as the level of development density is below the requirement for applying an urban speed limit of 60km/h’.

But the residents maintain that this interpretation of the ‘2015 Guidelines for Setting and Managing Speed Limits in Ireland (Guidelines)’ fails to take account of the overarching guidance — that in the vast majority of instances, the physical characteristics and environment of a road, as well as the actual speeds being driven, should determine the appropriate speed limit on single carriageway rural roads.

The ‘amount of development’ element is only one of seven factors that should be taken into account, the Guidelines say. Others are Geometry of the Road, the ‘Forgiving Nature’ of the roadsides, Collision History, Level of use by Pedestrians/Cyclists, Annual Average Daily Traffic figures, and Mean Speeds.

The residents have taken each of the seven factors and comprehensively shown that the road as it stands simply isn’t suitable for a higher speed limit. In brief, they highlight blind corners, inadequate width, no road markings despite repeated requests, a substantial history of collisions and near misses, a huge increase in cyclists and pedestrians, and mean speeds data which shows clearly that an 80km/h limit ‘makes no sense’.

Apart from seeking a rejection by KCC of an increase in the speed limit, they reiterate a call for the limit on the full length of the road to be reduced to 50km/h, something which they have sought without success for many years.

The submissions also note historical infrastructure planning and implementation failures by Kildare County Council and the NRA, which has exacerbated the current situation of roads in Kilcullen being overcrowded with heavy goods traffic. Among these is the non-completion of an inner relief road in Kilcullen, and the fact that a southbound exit from the M9 to the M7 was not provided when it was built 27 years ago.

A similar proposal to increase the limit on the New Abbey Road from Kilcullen is also meeting strong resistance. The consultation has also provided opportunity for comments on the existing speed limits on other roads in the Kilcullen area. These include Thompson’s Cross, to which the Sunnyhill Road links and where there have been numerous serious accidents, and roads in the Old Kilcullen and Whitehall Cross areas.

The final date for submissions on the Review of Speed Limits is Thursday 16 September 2021. They can be made online or in writing to: A/Senior Executive Officer, Roads Transportation and Public Safety Department, Kildare County Council, Aras Chill Dara, Devoy Park, Naas, Co. Kildare W91 X77F.