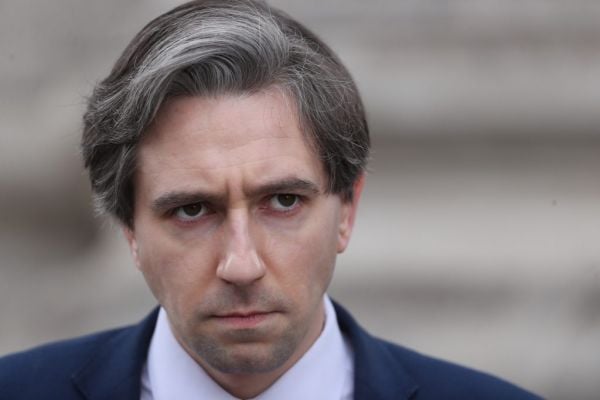 Government minister Simon Harris has denied leaking information from cabinet and accused the Sinn Féin TD who made the allegation of misusing Dáil privilege.

Speaking with the protection of privilege in the Dáil on Wednesday, Sinn Féin’s Matt Carthy claimed Mr Harris had leaked information about the proposed appointment of Katherine Zappone as a UN envoy.

The appointment of the former children’s minister to the UN role triggered a major political controversy and led to a vote of confidence in Foreign Affairs Minister Simon Coveney for his handling of the affair.

During the Dáil debate on the confidence motion, which Mr Coveney ultimately survived, Mr Carthy claimed a Fine Gael “sting operation” had identified Mr Harris as the source of the original leak from cabinet about the Zappone appointment.

Mr Harris, who is minister for further and higher education, addressed the Dáil on Thursday to reject the accusation.

“Yesterday I was named in this house in my absence, my unavoidable absence, what was said in my view was a misuse of Dáil privilege and I want the record of this house to show that it’s untrue,” he said.

His intervention came after Tánaiste Leo Varadkar and Sinn Féin’s Pearse Doherty had clashed over the incident.

Mr Doherty made further claims about the leak as he asked whether Mr Varadkar had informed Taoiseach Micheál Martin about the details.

“You supposedly confronted the senior minister responsible following a Fine Gael sting operation by one of your junior ministers, can I ask you have you shared the details of that with the Taoiseach?” asked Mr Doherty.

Mr Varadkar responded: “What happened in the Dáil yesterday was wrong.

“What deputy Carthy did yesterday was an abuse of privilege, to make an allegation against the cabinet based on rumour and no evidence whatsoever.

“I have no evidence that that particular leak which you referred to was done by a cabinet member, and it wasn’t even accurate, it wasn’t correct, or at least wasn’t entirely correct, and I’ve yet to see any evidence to that effect.

“But that didn’t matter to deputy Carthy.

“Of course it’s not a surprise that Sinn Féin should abuse privilege on the first day back in this house.

“That’s the way they behave in opposition.

“Imagine how they would trample people’s rights if they were allowed into government.”

Mr Varadkar said Sinn Féin had “form” for such behaviour and referenced a 2015 ruling by the Committee on Procedures and Privileges that now leader Mary Lou McDonald had abused privilege when she made tax evasions claims in the Dáil.

The Fine Gael leader told Mr Doherty: “You can’t preach to us about standards deputy until you deal with your leader.”