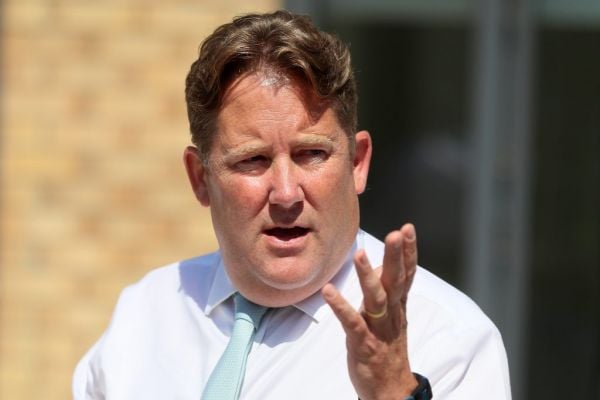 The Government has no short-term solution to the problem of students being forced to fork out hundreds of euros a week for hotel rooms because of a lack of student accommodation, the Minister for Housing, Darragh O’Brien has admitted.

It emerged earlier this week that students in Dublin and Limerick are spending up to €400 a week for hotel rooms and it is understood the problem may be more widespread across the country.

Speaking in Limerick on Thursday, Mr O’Brien, said this was “an immediate and very serious issue”, but he explained there was no short-term solution.

“It’s not going to be solved overnight, but there is an immediate focus on the student accommodation issue right now,” Mr O’Brien said.

“I actually discussed it with [Minister for Higher Education] Simon Harris earlier this week, and we actually have a bilateral meeting next week on this very issue. It’s a serious issue for students right now, that some of them are paying €300-€400 a week to stay in hotels.”

Mr O’Brien said he and Mr Harris would assess ways of “how we can expand student accommodation all across the country”.

“There has been engagement through higher education and with the university sector as well. In certain parts of the country, we’ve seen a big increase in purpose built student accommodation, but not necessarily all students can actually get into it.”

The Minister said there was a “particular problem in Limerick”.

Asked if he had any ideas as to a solution for students in the short-term, Mr O’Brien said Covid-19 pandemic had hamstrung the supply of housing.

He explained: “Last year we had a construction shutdown and we were to deliver 33,000 homes, and that feds into the private residential sector, homeownership, social housing, and student accommodation. We are 13,000 short because of Covid.”

“This year we have seen a pickup in (construction) in the last couple of months, but we will probably, at best, do about 22,000 housing completions, that’s 11,000 short, so supply is affecting it.”

He added he recently led an introduction “to protect students to make sure students are covered by the Residential Tenancies Board (RTB), to restrict the amount of deposits any landlord can ask of a student”.

The Minister described a recent advertisement offering bunk beds in the kitchen of a house near the University of Limerick, as “totally and utterly unacceptable”.

“I’ve seen some of these advertisements and I would say to people where accommodation is substandard, complaints can be routed through the local authority or through the RTB.

“I’ve seen some of what are called studio-type apartments, which are literally beds in kitchens – that’s wrong and thankfully it’s not wholesale, but where standards are not met, the RTB will deal with it.”

Mr O’Brien said the only long—term solution to a lack of student accommodation is “by delivering more homes”.