Stripe to create ‘hundreds’ of new jobs in Dublin 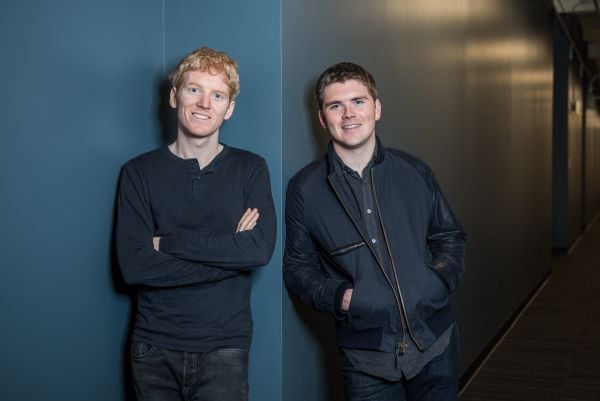 Stripe is to create “hundreds” of highly-skilled software engineering roles in Dublin over the next three years.

This is in addition to the announcement of 1,000 new Irish jobs in March.

The company, founded by Limerick brothers Patrick and John Collison in 2010, opened an engineering hub in Dublin three years ago.

This was the first hub outside the United States opened by the online payments company.

New products, including the Stripe Tax Solution, have been developed in Ireland.

The new investment is supported by the State through IDA Ireland.

While Stripe will not be drawn on the exact number of engineering jobs to be created, it is understood to be in the hundreds, according to The Irish Times.

Stripe was founded in the US, and it is now dual-headquartered in San Francisco and Dublin.

Earlier this year, Stripe announced plans to significantly increase its workforce in the Republic, which currently stands at 400 employees, following a $600 million (€500 million) fundraising round which included participation from the Irish Strategic Investment Fund.

The announcement of 1,000 new jobs over the next five years was made following this investment.

The online payments company is currently active in 44 companies, 31 of which are in Europe.

Stripe was first declared a “unicorn,” a privately owned company valued at more than $1 billion, in 2014.

The company’s clients include  Amazon, Uber, Google and Zoom.