After a bit of a break, Ger McNally and Pat Costello return with The Square Ball Kildare Sports Podcast and talk to former Kildare GAA star Andriú Mac Lochlainn to discuss the fallout from Jack O’Connor’s departure as manager and what is next for Kildare GAA. They also talk about some of the weekend’s fixtures with the Senior and Intermediate Championships reaching the last round of the Group stages.

Also, ahead of one of the biggest soccer matches involving a Kildare team in many years, Ger and Pat are joined by Maynooth University Town manager Shane Harte and Maynooth University Soccer Development Officer Barry Prenderville to look forward to their team’s FAI Cup quarter-final against Bohemians in Dalymount Park. 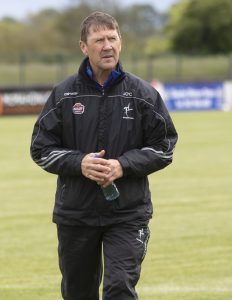 What lies in store for Kildare GAA after Jack O’Connor’s departure as manager?