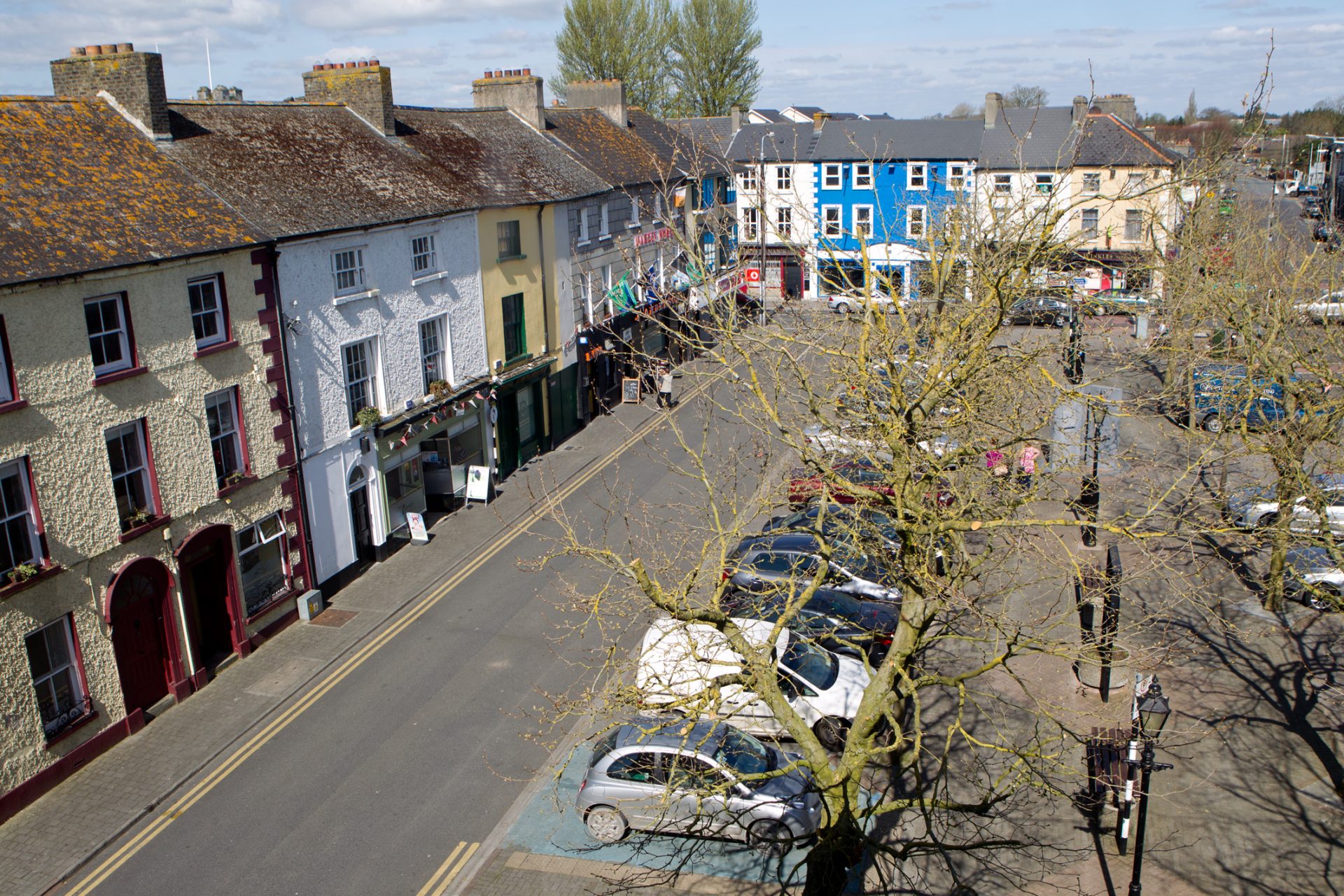 THE worst effects of the famine which had ravaged Ireland following the failure of the potato crop in 1845 had abated by the time 1853 arrived. William Byrne was then station master in Athy, a position he held for the previous four years and where he would remain for the next six years. Athy boasted many trades in 1853, including a Fack and Hook Maker, a trade practiced by Michael Cushian who found himself on the wrong side of the law on assault charges. Julia Bradley, dressmaker, was summoned by her mistress, Mrs O’Neill, for leaving her indentures without fulfilling her term. She was ordered by the court to return to her ‘master’, otherwise she would be jailed for the remainder of her apprenticeship. Also in trouble were the four paupers brought before the local petty sessions by the Master of the workhouse for refusing to work and disobeying the Master’s orders. They each got one month’s imprisonment with hard labour. Early in the year eight locals were summoned by order of the Town Commissioners for exhibiting turf for sale in a place other than that designated for such sales by the town fathers.

Athy resident Mrs Walsh was one of 60 passengers who drowned when the steamer, ‘Queen Victoria’, sank in Dublin Bay on Tuesday 15 February of that year. Forty passengers survived, including her husband. The Presbyterian families who had arrived the previous year from Perthshire Scotland to take up tenancies of the Duke of Leinster’s lands in the Athy area, gave public notice that their meeting house was a place of religious worship and registered for solemnising marriages.

Controversy arose when the vacant position of Coroner for South Kildare prompted an advertisement to be inserted in the Leinster Express expressing ‘regret that the election of Coroner has endeavoured to be made a political and religious question’. The contest was between James Butler who although an Anglican had the support of the Roman Catholic voters and Dr. Carter, another Anglican, who was eventually appointed.

Two years after the abolition of Athy Borough Council the newly elected Town Commissioners for Athy, numbering 21 in all, whose numbers included the Catholic Parish Priest Fr. John Lawler and the Anglican Rector, Rev. Frederick Trench, agreed to have a certain number of Catholics and Protestants as Town Commissioners and to have a Catholic and Protestant chairman on alternate years. Michael Lawler, who was Chairman of the Town Commissioners in 1853, wrote to the press in July 1858 stating that ‘we have never deviated from our original compact’.

Michael Lawler was one of the 21 Town Commissioners who was sworn into office before Lord Downes and John Butler on 18 February 1842 at a ceremony held in Athy’s Courthouse which was then part of the Town Hall. During his long service as a Town Commissioner he was elected chairman on three occasions, 1853, 1876 and 1890. Lawler who died on 20 October 1900 and was buried in Barrowhouse, started in business in Athy in and around 1840. He had a licenced premises in Leinster Street immediately adjoining Whites Castle which was subsequently purchased by Edward T. Mulhall in November 1900 for £500. Edward Mulhall was described in the press reports of the time as having worked in Lawlers licenced premises as ****‘the foreman and manager’. *******

Michael Lawler gave what the local press described as ‘a sumptuous entertainment to upwards of 60 persons on the advent of his inauguration to the chairmanship of the Town Commissioners. The dinner was given in a spacious room in Mr. Lawler’s private residence.’ Michael Lawler lived at Park House in Duke Street which was later acquired by McHugh’s chemist. Alexander Duncan, a local trader, in a speech to the dinner guests said  ‘those gentlemen who had but lately seen the town, could not well appreciate the progress it had made in the last 20 years. If they were to know the sanitary conditions then and compare it with the present appearance, they would in the fullest acceptance of the word admit that Athy had progressed.’

Four months later an extraordinary meeting of Athy Dispensary Committee was held to consider the medical officers report regarding the filthy state of the town. It was an issue which Michael Lawler returned to the following October when he claimed ***********‘Athy is a different town to what it was 21 years ago. Then the streets were in ruts, the homes were falling, the best streets were interspersed with thatched houses ….. now we have a flourishing town ….. the houses and establishments second to none to any inland town in Ireland.’**********

Twenty years later an editorial in the Leinster Express under the heading :‘The water supply of Athy’ noted ‘we are now paying for our past neglect and for the carelessness of former generations ….. the water we have been consuming all our lives turns out to be polluted ….. our dwellings have been constructed without any regard to the health of the inhabitants ….. the sanitary conditions of the town are very bad.’************

The editorial noted that a special meeting of the sanitary committee had been convened for that day to consider whether a pure water supply could be brought from a distance into the town by means of pipes. Thirty years were to elapse before a piped water supply was provided for the people of Athy. By comparison fifty-five years have passed since Athy’s outer relief road was first suggested in a consultants report presented to Athy U.D.C.