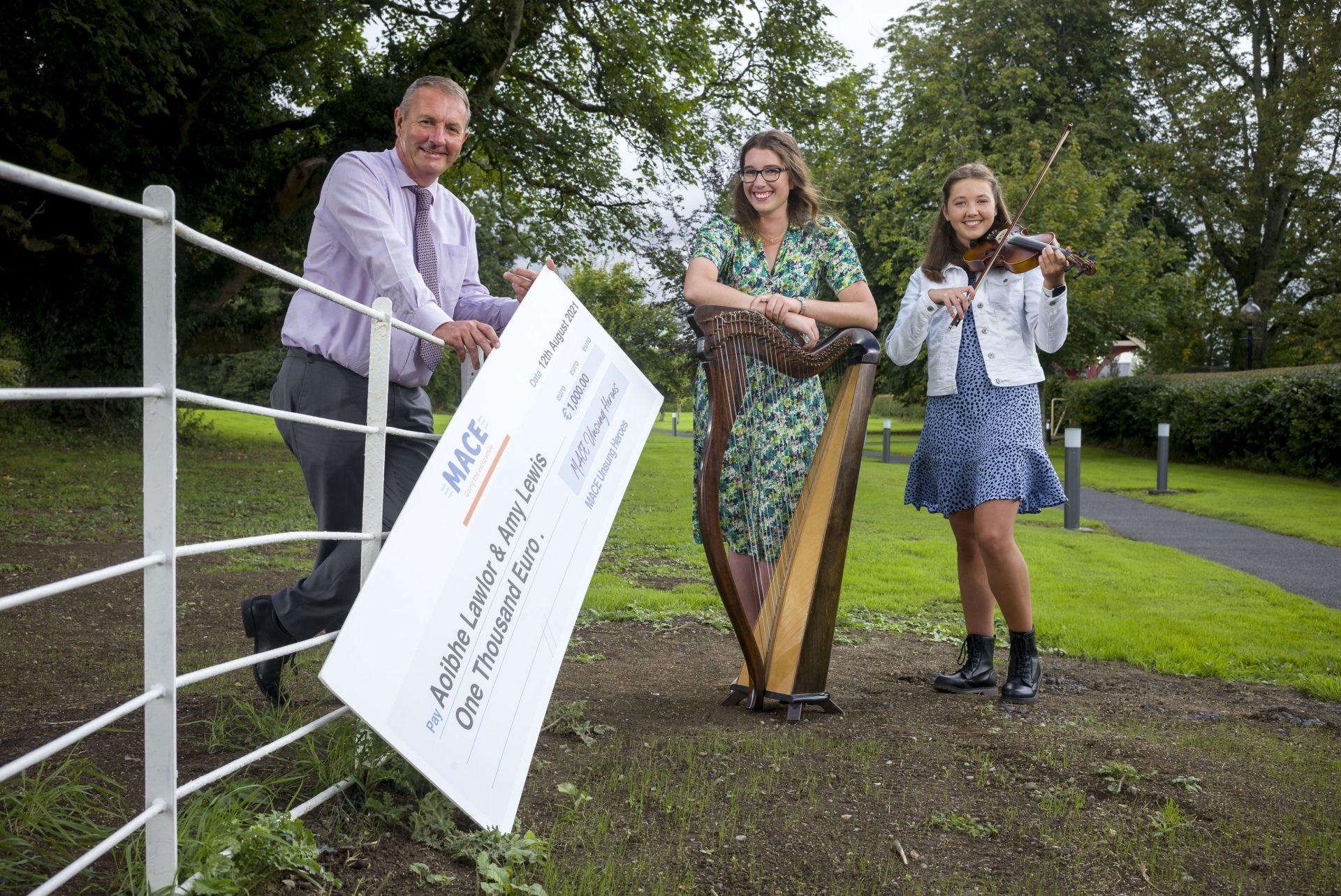 Kildare cousins, Aoibhe Lawlor and Amy Lewis, have been has been unveiled MACE Community Child and Youth Unsung Heroes in recognition of their tireless work on behalf of their school’s nominated charity, “Mary’s Meals”.

Nominated by family and classmates, Aoibhe and Amy raised more than €3,500 for the “Mary’s Meals” through a variety of initiatives over the last six months. They were nominated for the award as part of the MACE Unsung Hero initiative, which aimed to identify and celebrate someone who really went over and above to give something back to his or her community and received a cheque for €1,000 in recognition of their charitable work.

The MACE Unsung Heroes initiative was launched by Ireland rugby star Johnny Sexton to stimulate community spirit and recognise true local heroes like Aoibhe and Amy in communities all around Ireland.

Commenting, MACE Sales Director Daniel O’Connell said, “What Aoibhe and Amy have achieved for the Mary’s Meals charity is truly inspiring. I am awestruck and full of admiration for their commitment and achievements. They both embody all that we look for in our heroes and I cannot think of anyone more deserving of this acknowledgement.”