Meet the Died Piper of Naas! 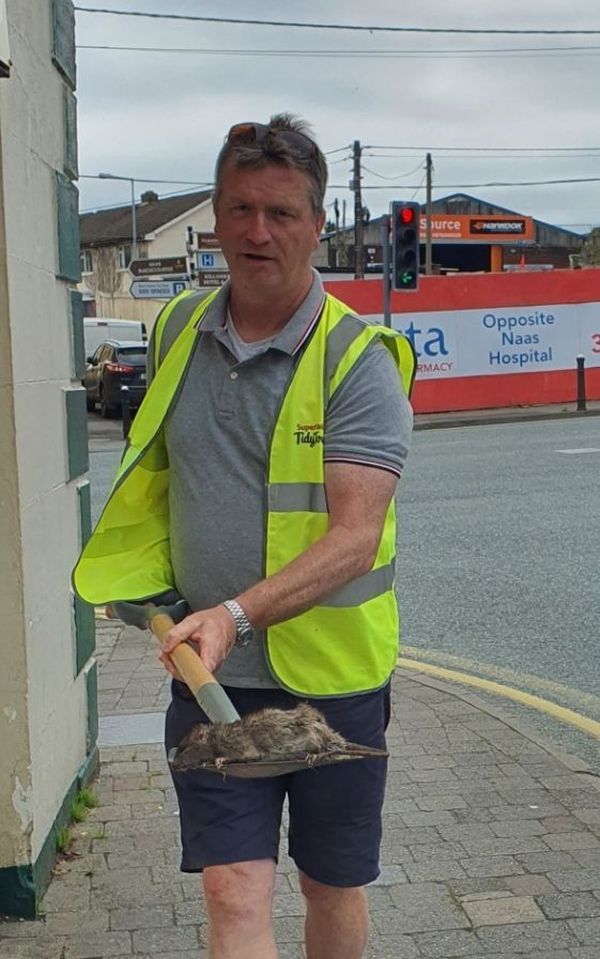 Cllr Bill Clear on rat removing duty in Naas, is now known as the Died Piper of the town

NAAS councillor Bill Clear has sought confirmation of the council’s current policy for the removal of dead animals by the roadside or footpath.
A response to his question at Naas MD’s September meeting noted that the MD office will assist in the removal of large dead animals, such as deer, providing the machinery necessary to facilitate disposal.
Cllr Clear, however, remarked that it didn’t answer the question, and said he got a call regarding a dead rat outside a café and had to go down with a shovel and put it in a bag.
The meeting heard that in an urban area it falls to the Environment section. Naas Mayor Seamie Moore is on the case and will follow it up.

Over 2,400 new COVID cases ahead of bank holiday weekend