Andreas Christensen to stay at Chelsea after club ups offer 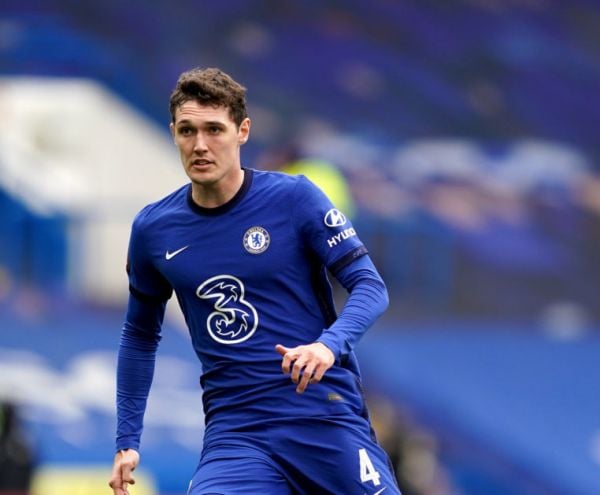 Stamford Bridge seems set to be Andreas Christensen‘s home for a while longer with the announcement of a new deal expected in coming days.

The Sun reports the 25-year-old defender, who was shopped around by Chelsea 18 months ago, will soon sign a £120,000 a week contract with the club after they previously offered the Denmark international less than the £78,000 (€91,000)weekly wage he earns now.

James Rodriguez is almost out of the door at Everton, according to the Daily Mail. The paper says the Colombian will soon sign with Qatari club Al Rayyan after travelling to the Middle East on Sunday. The 30-year-old midfielder’s £220,000 weekly paycheck makes him the Merseyside team’s highest paid player ever, but Everton boss Rafael Benitez has called on him to improve and earn his place.

A move from the south coast to London is not reportedly likely any time soon for Yves Bissouma.

The Brighton player, who has said he wants to play Champions League football, had been touted as a midfield option for Liverpool, Manchester United and Tottenham, but it was Arsenal where he was reportedly going to land.

However, the Mirror reports, the Mali international’s recent admission of his happiness at Falmer Stadium combined with Arsenal being unlikely to play in the Champions League for at least two years means the 25-year-old is set to stay put.

Could a departure from Manchester United be on the cards for Donny van de Beek? The Manchester Evening News says the 24-year-old’s limited playing time for the Red Devils has led to reports the midfielder has been told to ask his agent to secure a release at Old Trafford so he can improve his chances for selection with Holland.

Juventus and Atletico Madrid are ‘plotting a potential swoop for Bukayo Saka’ https://t.co/jdvDs7xjFx

Franck Kessie: The Ivory Coast and AC Milan midfielder, 24, has been identified by Manchester United as a potential replacement for Paul Pogba, according to Mundo Deportivo.

Tanguy Ndombele: Calciomercato reports Pogba’s fellow France international, 24, is also being considered as a midfield option by United despite his average showing since moving to Tottenham in 2019.