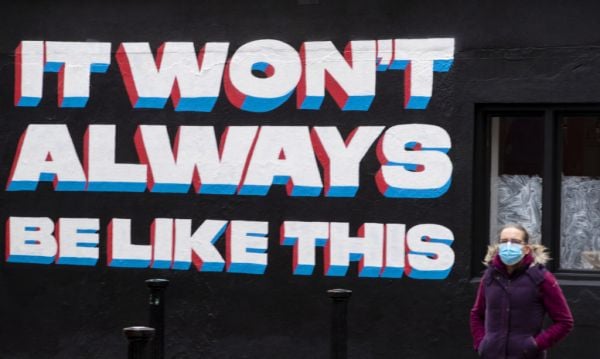 Managing the scarring effects of Covid-19 on the labour market and the financial legacy of the pandemic will be key threats to Irish competitiveness in the coming period, the Government will be warned on Tuesday.

While the recovery in the general labour market will gain momentum, that of the arts, tourism and travel sectors will take longer, a new report from the National Competitiveness and Productivity Council says.

As The Irish Times reports, the council reports to and advises the Taoiseach on competitiveness issues facing the Irish economy.

Its new report, which will be brought to Cabinet on Tuesday by Tánaiste and Minister for Enterprise Leo Varadkar, outlines how important decisions will be needed on fiscal policy to ensure the economy does not overheat, and to give the Government latitude to deal with any future economic shocks.

Pandemic financial supports that remain should be targeted at firms that are viable in the medium term but challenged in the short term, the report finds, while frameworks to support part-time working from home should be developed.

Strategies to bring down the cost of insurance will also be important for competitiveness, as will addressing the housing crisis and developing oversight of the Housing for All plan, it says. The cost of childcare should be addressed, the report says, while also warning that there is an ongoing threat from Brexit.

The council notes that the Government’s pre-pandemic approach to spending and strong corporation tax receipts have helped cushion the blow of heavy borrowing.

Meanwhile, the Government is expected at the end of this month to lift a temporary suspension in place during the pandemic on the rights of workers who had been temporarily laid off to trigger claims for redundancy.

Taoiseach Micheál Martin said in June that following the lifting of the suspension, the Government would “ensure businesses in financial difficulties are supported with a deferred payment arrangement while ensuring employees receive their entitlements”.

The Government had faced pressure from unions to assist workers where they could lose out on redundancy payments as periods spent on the pandemic unemployment payment (PUP) scheme would not count when calculating entitlements.

Separately, it has emerged that the HSE told the National Public Health Emergency Team (Nphet) it has not always been possible to give extra protection to unvaccinated people in hospitals because of the infrastructure in some locations.