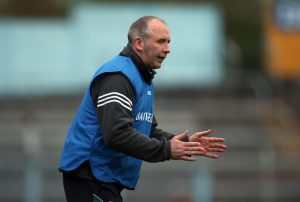 Along with the former captain, who led Kildare to Leinster titles in 1998 and 2000, the Management Committee are also to recommend Anthony Rainbow, Johnny Doyle and Dermot Earley as Coach/Selectors on a very strong and powerful Management Team.

As well as being Captain Fantastic for Kildare and an All Star winner in 1997 and 1998 Glenn Ryan managed  Longford to Division 4 and Division 3 titles and he also managed the Kildare U21 team to a Leinster title in 2008 before losing the All Ireland Final to Kerry.

He is currently Manager of his own club, Round Towers, who play Carbury in the Kildare SFC Preliminary Quarter Final on Saturday.

Anthony Rainbow, Johnny Doyle and Dermot Earley are also Leinster winners and All Star Award winners with Kildare and Rainbow managed at club and county level in Carlow and with Ballyboden St Enda’s in Dublin.

All four have been outstanding and long serving players for their clubs and for Kildare with Johnny Doyle still playing well for his club, Allenwood, who play Sallins in the Kildare Intermediate Football Championship on Sunday.