WOMAN HELD BABY FOR 10 MINUTES AFTER GIVING BIRTH IN TOILET 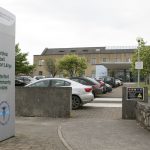 DURING a garda interview, a young woman, charged with her baby’s manslaughter, said she held the infant in her arms for around 10 minutes after birth before pressing the foot pedal and placing her in the bin.

The woman, who cannot be named for legal reasons, pleaded not guilty to manslaughter in 2018 and a charge of child neglect on the same date at Caredoc on the Cork Road, Waterford city.

In August 2018 the woman was arrested and detained at Waterford Garda Station for interview by Inspector Donal Donohoe and Detective Garda Siobhan Keating.

During the first interview, both statements made in the hospital were read over to the woman. The woman agreed that when the baby was born and dropped into the toilet she was still attached to her. The defendant accepted that she picked the baby up, held her in her left hand, saw her face and determined the sex of the baby. When asked if the baby squealed or cried, she said “nothing”. There was a bit of blood in the baby’s mouth and she turned her over to get it out, she explained. However, she repeated that the baby wasn’t alive. It was put to her that the baby did breathe, and she stated that she didn’t hear her.

When she held the baby in her arms the woman couldn’t describe her feelings. She held her for about 10 minutes to “see if there was anything, but no there was nothing”. She wanted to bring her home, but panicked when she couldn’t hear her breathe.

Asked why she didn’t seek help, she said, “because I didn’t want it. I never needed help. I always done everything by myself.”

She considered walking out of the toilet with her and saying something, but didn’t. After a certain point in the pregnancy, she said there was no more movement and therefore thought it was too late. When asked what triggered her to put the baby in the bin, she said, “I honestly don’t know.” She described how she opened the lid of the bin and placed her in. She didn’t wrap her.  “After I had cleaned myself up the baby was in my arms. I pressed the foot pedal and placed her in the bin,” she said.

The woman agreed that she had support and that the baby would have had a home, but didn’t know why she denied the pregnancy and made efforts to conceal it. Details of the post mortem were read out to her which showed the cause of death as being inattention at birth. She agreed that it was fair to say that if she screamed for help the baby would be here today. Asked why she didn’t say anything at the hospital or when the Gardaí became involved, she said, “I just didn’t want to believe that I had her.” When asked what she would have done differently, the woman said she would have told someone about being pregnant and asked for help. Her actions, she said, were “stupid”. “I was acting like a child.”

During a second interview that evening she explained that she had accepted that she was pregnant some months before giving birth, but didn’t say anything or get medical attention. She repeated that she didn’t know that the baby was alive when she gave birth. Gardaí put it to her that she denied the pregnancy for nine months beforehand and nine hours afterwards, even when the baby was found in the bin. They accused her of lying, but she protested that she was telling the truth and was in denial.

“If I knew she was alive I would have called someone,” she said. When asked what she was thinking when holding her, she said, “How beautiful she was. I was looking for movement. I wanted her to cry… I wanted help, but I didn’t ask.” She felt relieved that she had her and was a mam. She felt she had left her baby down completely and was selfish.

Ciaran O’Loughlin, SC for the defence, pointed out to Inspector Donohoe that comments made by the defendant were in hindsight and didn’t quantify that she knew that the baby was alive on the date in question.

Giving evidence, the father of the baby said he was made aware of the woman’s potential pregnancy, when she told him about it. He disputed it at that stage due to a lack of information. Under cross examination, he agreed that he offered her money for a pregnancy test and a doctor’s appointment when she told him of the pregnancy. When asked where he was in the run up to the delivery, he said he was “going about my own business with my friends and stuff”. It was put to him that he had not had much contact with the woman, and Mr O’Loughlin, SC, added that at that stage it was obvious to everyone, except the woman, that she was pregnant.

The witness accepted that it was obvious, but added that he had to accept the facts he was being told. He argued that the woman had denied the pregnancy.

When it was put to him that he didn’t want to think it was his problem, the witness said that wasn’t the reality of the situation, adding that he would have taken care of the child. He said he did what was in his “rights and capabilities to do”.

On behalf of the defence, the final witness of the day, Dr Catherine Conlon, Assistant Professor Social Policy at Trinity College Dublin, explained the premise of a concealed pregnancy and drew on the Ann Lovett case of 1984.

The case continues on Friday.