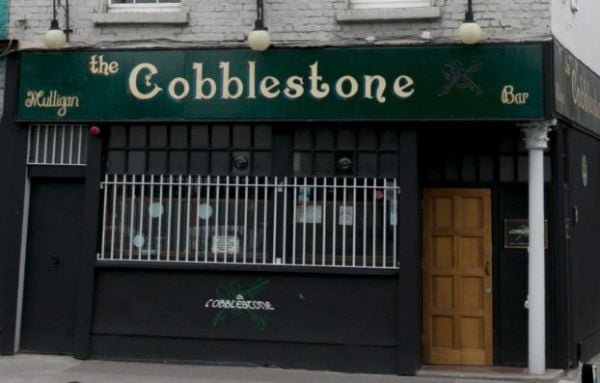 Over 50 objections have been lodged against plans to build a nine-storey hotel over and adjacent to the Cobblestone pub in Dublin’s Smithfield area.

However, the scheme has provoked an angry reaction with already over 50 objections lodged against the scheme and parties have until November 4th to lodge objections with the City Council.

Documents lodged with the planning application state that the Cobblestone pub, which is a protected structure, is to be retained as part of the scheme.

A heritage assessment lodged with the planning application points out that the hotel that will be developed over the Cobblestone pub “will be set back from the building line in order to retain the existing character of the buildings at street level”.

The report states that the existing buildings on site “are generally in poor condition and their survival is not guaranteed without some development of the site”.

A separate planning report by McCutcheon Halley state that the scheme has been designed to respond sensitively to the existing protected structures and will incorporate and adapt these buildings for new use, therefore creating new modern elements which respect the site’s heritage.

McCutcheon Halley state that the scheme “will create a vibrant and attractive landmark building”.

One person to lodge an objection, Ros Caffrey from Cabra has told the council that the plans “would have a detrimental impact on the Smithfield cultural quarter and make the existing cultural facilities provided by the Cobblestone unviable with the demolition of the existing music venue at the rear of the bar”.

In another submission, Laura McAuliffe from Carlow stated that: “I cannot think of a better metaphor for a mismanaged development plan for the city and its people than a hotel parasitically implanting itself atop one of the most revered and and respected cultural venues in the country”.

A former local resident in the area, Dr Lily Ni Dhomhnaill of Tralee, Co Kerry has told the council that the loss of the Cobblestone “would be catastrophic for Irish music.”

Dr Ni Dhomhnaill argues that Dublin already has enough hotels. She stated: “The people of Dublin do not need these and will not benefit from them.”

Currently, living in Melbourne, Ciaran O’Grady has told the council that “if you approve the redevelopment, you are essentially removing the very reason that tourists want to visit Dublin – an authentic Dublin experience”.

A decision is due on the application next month.