Gina is leaving her Kilcullen Montessori family after 17 years 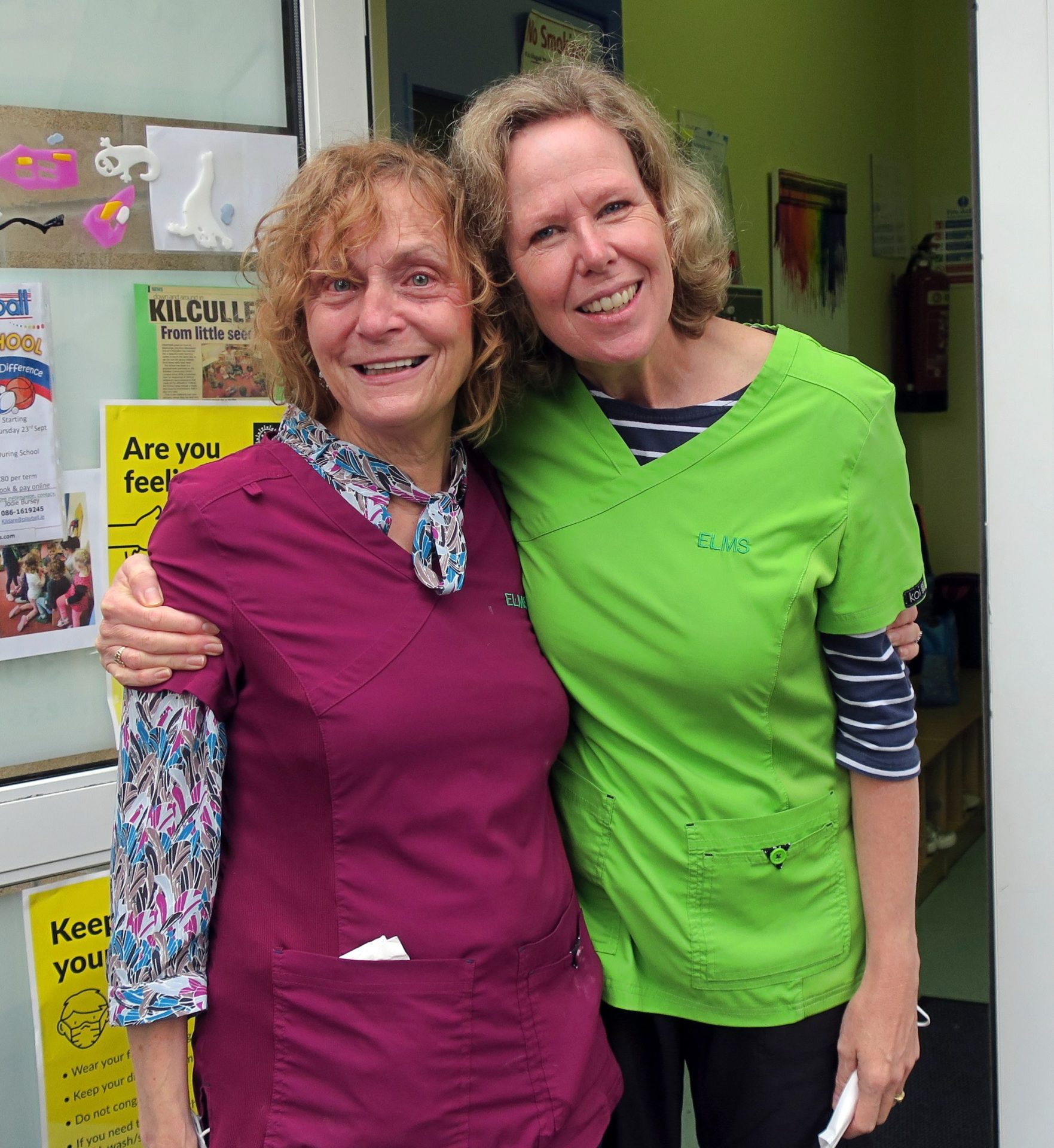 WHEN Gina McAllister finishes up at The Elms Montessori School in Kilcullen at the end of October, she’ll be concluding a 17 years involvement with the operation run by the school’s Director Christine Ayerst.
It’s not going to be an easy break, as Gina has been with The Elms from the beginning, when Christine set up it up so that she could give her then 3-year-old daughter a Montessori start.
“I came in to do a bit of work experience, and I never left,” Gina recalls — she and her family have moved to Monasterevin, which is the reason she is leaving now. She says the 17 years has consistently given her ‘a happy heart’. “Through the years that I have lived in Kilcullen, I’ve been meeting former pupils here on the street, and they still recognised me and waved and said hello. It has kept me young at heart.”
Gina is originally from Galway, and after college she worked for a time with the Thermo King multinational there. Then she went to the UK, working in a fairly high pressure business arena. “We came to Kilcullen then, and working here has been such a different environment. It’s so lovely to see the children come in, making their first little break from home, and then to watch them grow, It’s been a most rewarding 17 years, and it has gone by so fast.”
Christine Ayerst notes that for most of those years it was Gina who opened up the school each morning. “She has been such a professional, and we’re all going to miss her.”
The Elms has been in its current location on the Kilcullen Community Centre campus since 2009, and can look after up to 30 children in the bright, safe and cheerful environment that is part of the Montessori ethos. The covid situation obviously disturbed everything over the last two years, but since reopening things have settled down. “We have places available now, and with our team and the layout of the premises we have been able to keep the children safely in pods,” Christine says, adding that they’re looking forward to fully opening up the interactive elements soon.
For her too, having the school — it operates from 9-12 each morning — has contributed to a very happy life, which she believes is a reflection of the children with whom she works every day. “Seeing them happy and confident, it’s so rewarding.”
It’s a key tenet of the Montessori system that the children learn through play, at their own pace and in general terms picking the ‘teaching’ materials themselves to do this. But it is play carefully managed. “A key focus in our classroom is the importance of early literacy and numeracy, for which we use specialised language materials. This ensures a firm foundation which will be built on during primary school.”
The other staff members at The Elms are Anne Marie Masterson and Laura Kelly. There will doubtless be tears when Gina’s last day at the school comes. 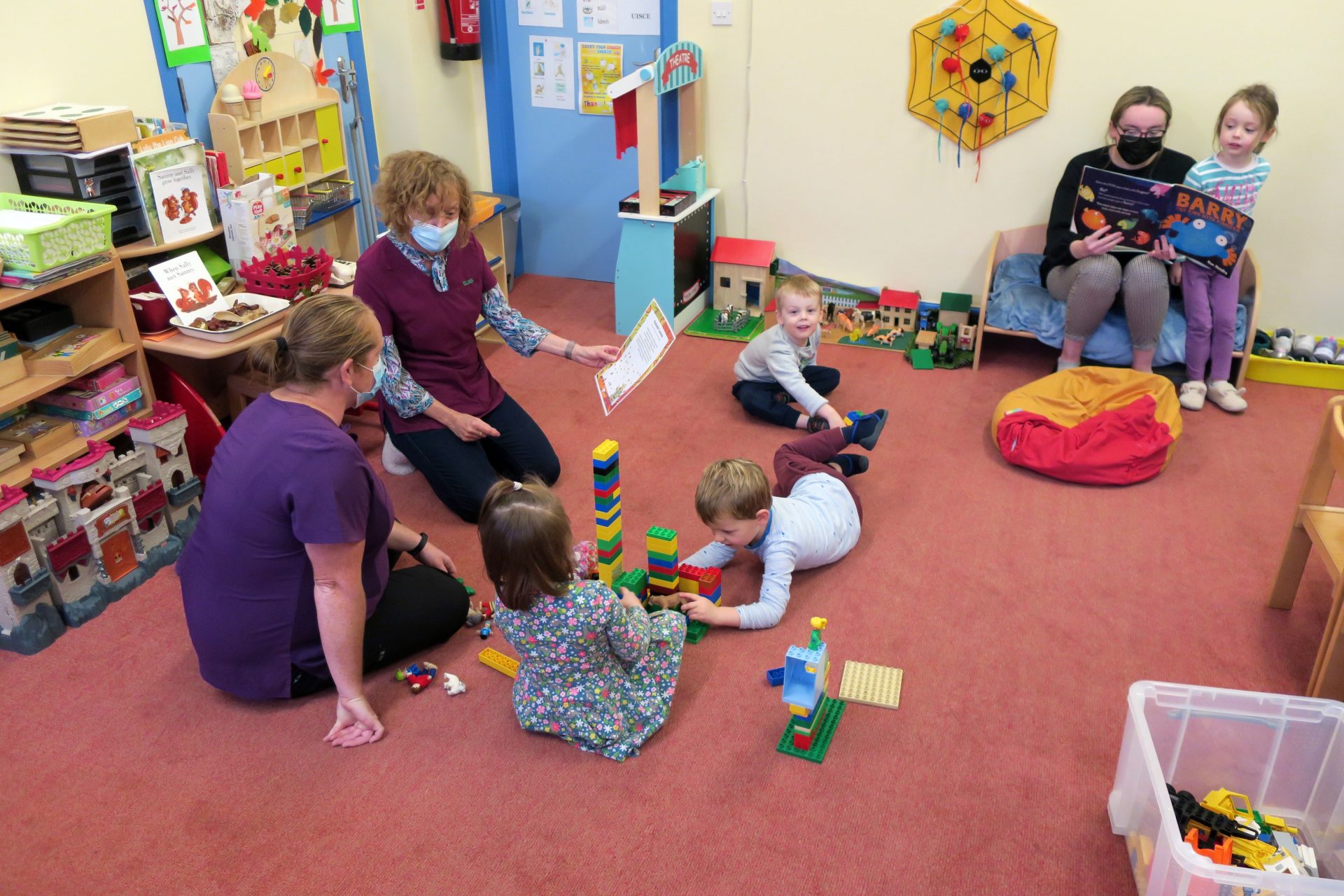