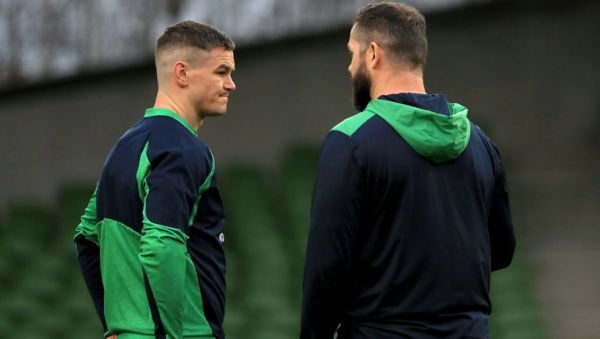 Leinster fly-half Sexton is expected to win his 100th international cap in Ireland’s opening Autumn Nations Series fixture against Japan at the Aviva Stadium a week on Saturday.

When asked what was key to Sexton’s longevity, Farrell said: “His love for the game. His determination to keep improving. His drive is second to none.

“I can’t say enough about the bloke. He’s a one-in-a-generation-type player. These players don’t tend to know what makes them tick that much, they just love being in it.

“They love wanting to improve and trying to drive the team to get better and they love performing on the big stage. He’s all those things thrown into one.”

Farrell’s side were run close by Japan in July in a hard-fought 39-31 win in Dublin, gaining some revenge following their defeat to the Brave Blossoms at the 2019 World Cup.

Unrestricted crowds will be allowed at the Aviva Stadium for Ireland’s Autumn Series matches against Japan, New Zealand on November 13 and Argentina the following week.

“The thought of the Aviva being as full as it possibly can be is super-exciting,” Farrell said. “It’s going to lift our boys tremendously, we can’t wait.

“Hopefully Johnny Sexton gets the opportunity to win his 100th cap at the Aviva against Japan and I’m sure the fans will come out in their thousands to celebrate what he has achieved.”

“We all know the games coming up are going to test us massively,” Farrell added. “We had trouble with Japan in the World Cup and we played them in the summer – we’ve got massive respect for them and how they play the game.

“They’ve got threats all over the field and we love playing against them. That’s a massive challenge for us.

“Then the following week we’ve got the world’s best team (the All Blacks) coming to the Aviva, so everyone’s going to get excited about that.

“Argentina have been playing away for five months and we know how physical, abrasive and emotional that game’s going to be.

“So this is perfect for us. Top-level rugby is all about consistently performing, week in week out as best you can, and that’s the challenge ahead.”