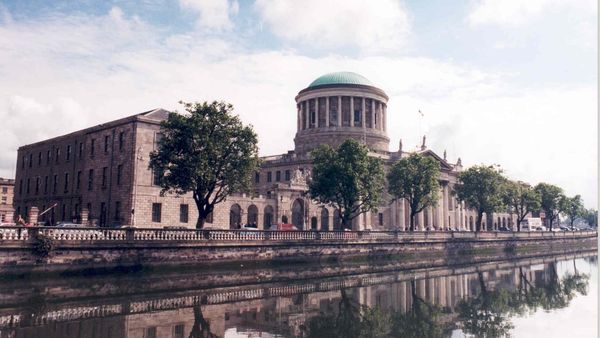 A group of residents in the Ballyshannon area is seeking leave from the High Court to challenge planning approval for a new sand and gravel extraction quarry.

Kilsaran Concrete, trading as Kilsaran Build, has been granted permission by An Bord Pleanála for the extraction operation on the 32.2 hectare site at Racefield, Ballyshannon, Kilcullen.

The Irish Times reports that a total of 229 local residents, including local vets and people involved in the local equine industry, represented by the Ballyshannon Action Group, want High Court permission to bring judicial review proceedings seeking to quash the decision.

They say they have a number of concerns about the proposed development, including in relation to noise, traffic, vibration and the impact on the equine industry.

Four local farmers/landowners say a proposal to provide two 20m-long “passing bays” on the narrow local roads – to facilitate passing of HGVs – will mean cutting into their lands, for which the developer does not have permission.

On Wednesday, Mr Justice Charles Meenan, following an ex-parte application from Óisín Collins SC, for the residents, said he would consider the application in December when the planning board and the quarry company are represented.

The residents claim the June 9th decision failed to address a number of issues, including all aspects of an environmental impact assessment report and Natura impact statement prepared for the application.

They say the development would be in material contravention of the Kildare county development plan and that, apart from noise, dust and traffic, it would lead to a depreciation of property values.

Those local landowners who say their property will be needed under the plan for passing bays say the impact of these road works on their property was not properly considered by the board or the developer.

The road widening was included only when the matter went on appeal to the board (having been refused by the council) and the landowners say they were deprived of the opportunity to fully and effectively participate in the planning process to protect their property rights.