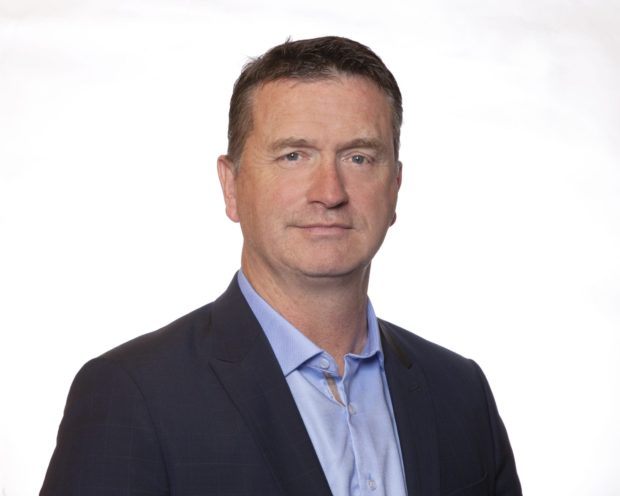 A NAAS councillor has warned that failure to complete cycling and walking infrastructure along the Sallins bypass could endanger children who are set to attend the soon to be opened Naas Community College.

“The infrastructure is 90% complete, but the last 10 % is possibly the most important,” Cllr Bill Clear said in his plea to Transport Infrastructure Ireland (TII) and Kildare Co Council.

“The original plan was that cyclists and walkers coming from Sallins would leave the bypass just before the railway underpass, cross over the road to Digby Bridge and, using a cycling lane that runs parallel to that road, make their way to Osberstown bridge in safety,” he explained.

“After that, the plan was that they would use the new ramp up onto the Millennium Road and thereby access the school safely and in a way that did not inconvenience or bring them into direct contact with motorised traffic.

“But because the cycling infrastructure is incomplete between the bypass and the Osberstown Bridge they are now dumped out onto a busy road with all the traffic whizzing by.

“And yet the path of the old Osberstown Road up the canal bridge, which was still largely intact after the construction, has been covered over.

“Worse again, some people will invariably try to stay on the bypass and walk or cycle through Junction 9a to get to school which is set to open in December, even though that junction is a complicated one with fast moving cars leading out onto the motorway.

“Naas Community College is going to be the nearest secondary school for children in Sallins – and for children from single car families, walking or cycling to school will be their only option.

“Creating a safe cycling infrastructure incentivises parents to allow their kids to cycle to school, and studies have shown that you can move five and a half times more people if they’re travelling by bike than by car.

“So we had a perfect opportunity here to negate the effects of the additional traffic congestion that the new school – which will have more than 1,000 students – will cause in Millennium Park.

“But after spending €110 million on this bypass and the upgrade of the M7, and even going so far as to build the ramps up to Millennium Park from the canal road, that opportunity has been thrown away.

“And worse still, it has made the trip unnecessarily dangerous for school children.

“I’m calling on TII and KCC to revisit and rectify this situation by finishing the last 10 per cent of this route. I think they should be on notice that their failure to complete this has made the situation very, very dangerous – not to mention adding to the unnecessary road congestion.”