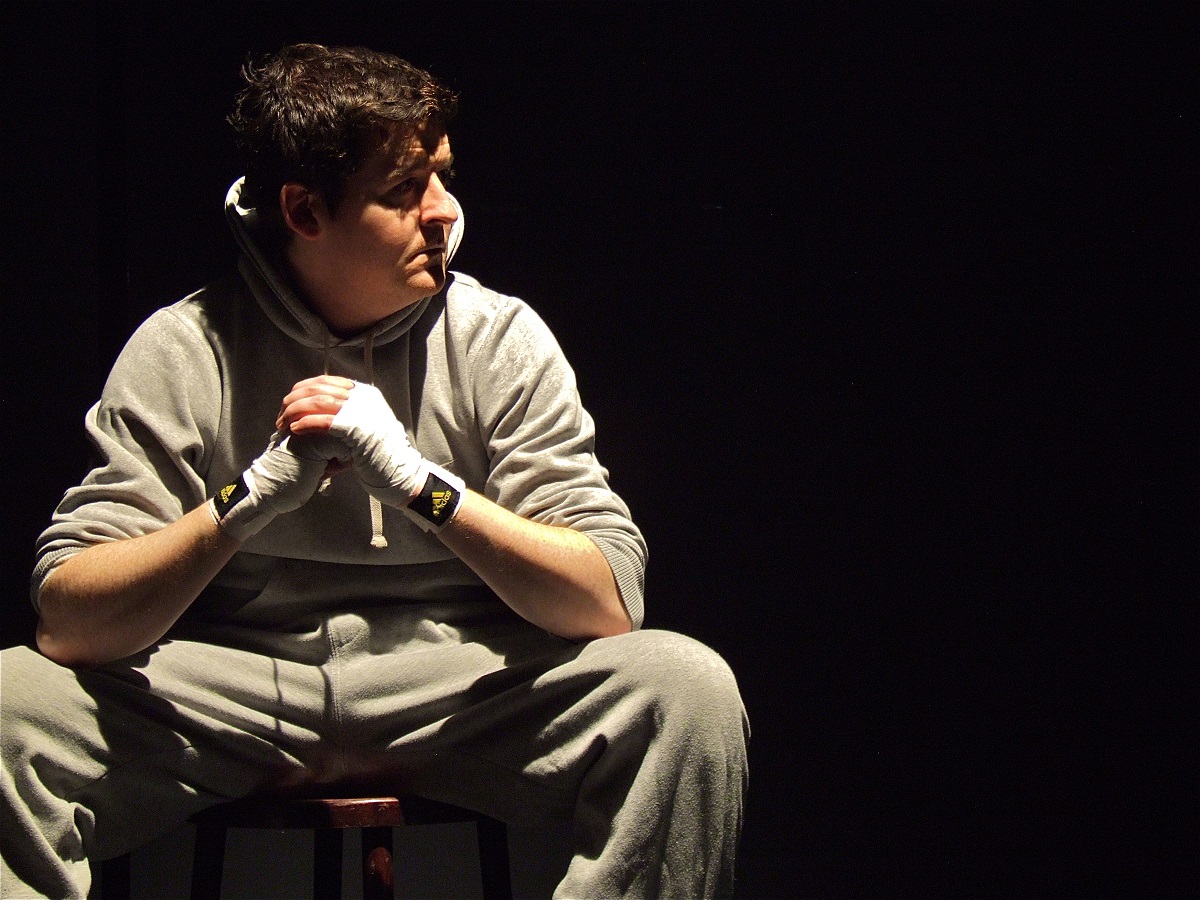 Fight Night – written by Gavin Kostick, directed by Bryan Burroughs and starring Aonghus Óg McAnally – is coming to the Riverbank Arts Centre in Newbridge on 4 November.

Ten years ago, audiences and critics alike were captivated by the story of the comeback of a failed amateur boxer, which premiered as part of the inaugural year of Show-in-a-bag productions.

This gripping tale went on to become one of Irish theatre’s most loved productions and has in the past ten years toured extensively reaching audiences across the country and internationally, winning Best Actor and the Bewley’s Little Gem awards at Dublin Fringe, and being nominated Best New Play at the Irish Times Irish Theatre Awards. Now, Rise Productions are delighted to announce a special tenth anniversary tour.

Living in the shadows of his overbearing father and his brother’s Olympic success, Dan lets his training slip in favour of girls and booze. Then, an incident with his father minutes before a crucial bout splinters the family, and exiles Dan from the ring. It’s not until the birth of his own son years later that his competitive fire is reignited, and he takes the first tentative steps on his road to redemption.

This fast-paced and engaging solo performance combines intense physicality with a classic Dublin wit in a storytelling experience that will leave audiences both exhausted and exhilarated.

The creative team, led by Gavin Kostick and Bryan Burroughs, also includes a boxing coach and former Irish champion Oisín ‘Gael Force’ Fagan as boxing advisor. With their help and guidance Aonghus has been in fight camp for eight months, back with his original boxing, strength and conditioning coaches, cutting six stone to get in shape for the role.

Tour dates are as follows: