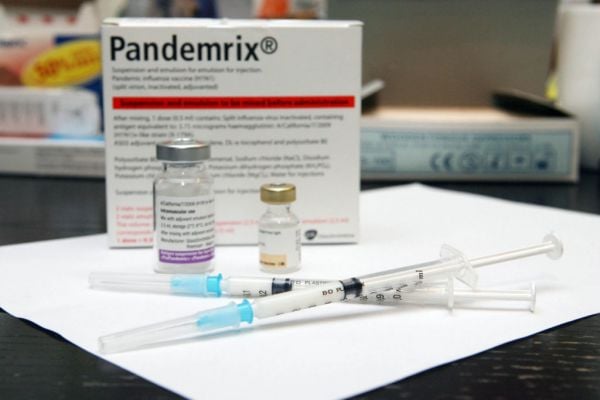 A 16-year-old girl who suffers sleep attacks after she claims she developed a rare sleep disorder from the swine flu vaccine has settled her High Court action for €1 million.

The teenager, who received the Pandemrix vaccine when she was five years old, the High Court heard suffers the sleep attacks with the sudden onslaught of sleep without warning.

Her mother told the court her daughter has narcolepsy and cataplexy which affects the muscles.

“In preparing for this case the enormity of the challenges facing our daughter in her life is hard to ignore,” she said.

She added: “As a parent you only want the best for your child and this is why we are here today to secure some kind of future for our child which she was robbed of. Our daughter’s strong character will get her through life but we lament the life she could have had.”

Mr Justice Paul Coffey thanked the mother for her statement and described it as “a most chastening summary.”

He said he had no hesitation in approving the settlement.

The girl’s counsel, Jonathan Kilfeather SC, said she had got the Pandemrix vaccine in March 2010 when she was five years old.

She later he said developed narcolepsy and cataplexy, which affects the muscles and requires lifelong medication.

She has to have two planned naps a day and suffers from fatigue and anxiety.

He said she hopes to go into the fashion and art world after school, but she will only be able to work part-time.

The girl had, through her mother, sued the Minister for Health, the HSE, and Glaxosmithkline Biologicals SA (GSK)— the producer of Pandemrix.

GSK was previously given an indemnity by the State concerning any adverse reactions to the vaccine.

The latest settlement follows on from the case of a 16-year-old boy who settled his action in November last year. That groundbreaking settlement paved the way for the resolution of 80 cases over the Pandemrix vaccine.

It was agreed under the terms of that settlement that 50 per cent of the settlement figure would be paid out.

The court previously heard there are extensive benefits in the settlement, which include educational supports, accommodation costs in relation to third-level education, and a “gold” medical card as well as childcare costs.

Counsel told the court in the latest case the €1 million settlement represents 50 per cent of the total award.