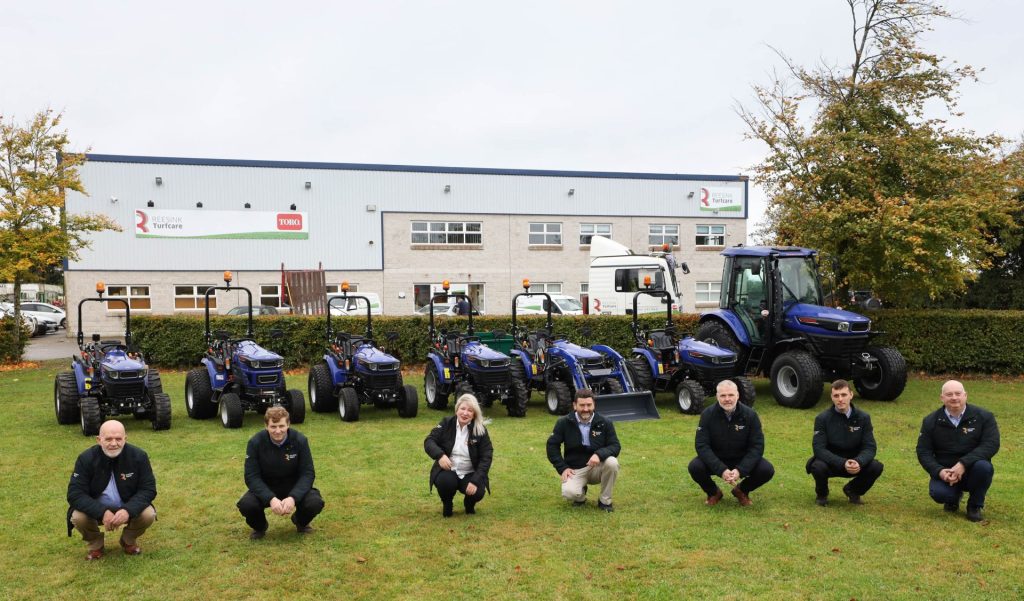 Ireland’s first fully electric tractor, the Farmtrac FT25G, has been launched in none other than Nurney!

The compact electric workhorse was on show as part of the official Irish launch of the new Farmtrac range of compact and mid-size tractors, held at the Reesink Ireland premises not far outside Nurney yesterday morning.

Farmtrac is part of the Escorts group based in India which has been producing tractors since 1961 and is among the world’s top ten tractor manufacturers, with over 1 million tractors sold since its inception. Reesink Ireland has been appointed as the new Irish importer for the range of compact, mid-size and agricultural tractors, described as a ‘major coup’.

General manager Tomás Cooney noted that they have had “very positive feedback from our colleagues in Reesink UK who were appointed importers in 2019. Based on their experience, we’re delighted to add Farmtrac to our current product range, which includes Toro turfcare equipment and Trilo vacuum sweepers and leaf blowers.”

The tractor range from Farmtrac starts from a small 21hp compact model and grows to a full-size offering at 113hp, comprising six different diesel-powered models as well as the all-electric offering. The latter probably garnered the most interest at the launch event in Nurney; the last tractor I drove was a 1987 David Brown sometime back in the nineties, so I declined a test drive for fear of causing the first electric tractor crash in Ireland. Watching more seasoned drivers take it for a spin, it certainly seemed quite straightforward to operate, although seeing a tractor whizz around a yard with a hum rather than the rumble of a diesel engine is a little odd. 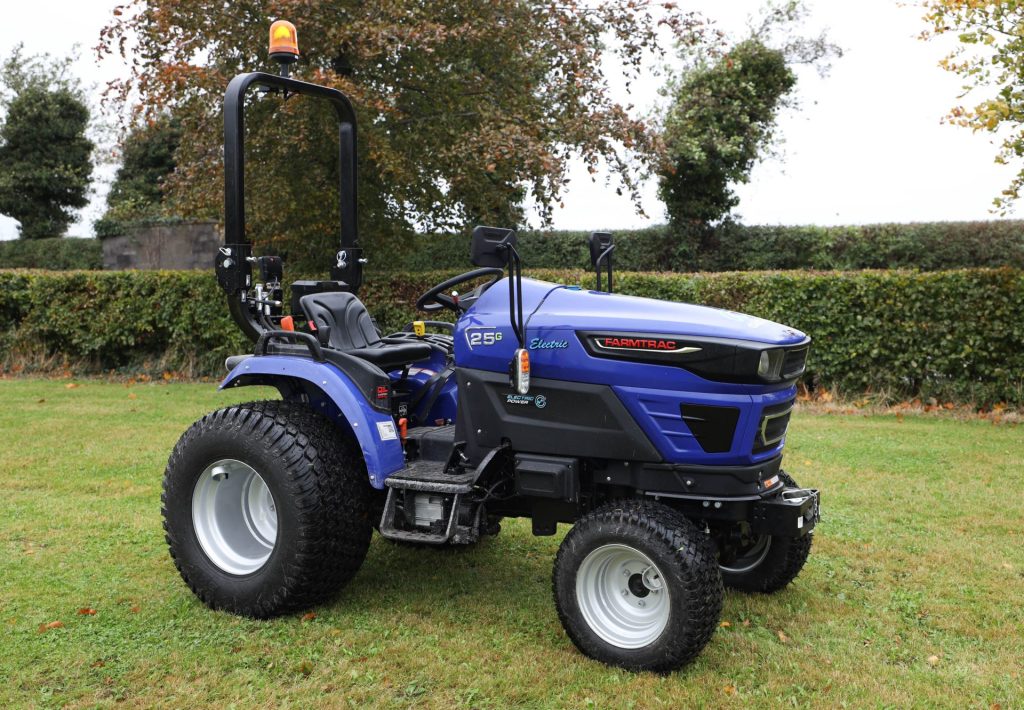 During a detailed presentation, it was noted that the FT25G was first showed as a concept around 2018 and the first units were delivered in 2019. It uses a twin motor system with a combined output of 18kW, alongside features like four-wheel drive, three point linkage, a PTO and power steering. Lift the bonnet and you’ll discover the hulking battery pack, sourced from China, which can be replaced.

Typical run-time is between four and six hours; it varies depending on what’s being done. And, while you might need to install a home charger for your electric car or pop down to the nearest charge point, this electric tractor has its own onboard charge unit and can be plugged into any three-pin outlet – there’s no additional infrastructure needed.

The FT25G is capable of lifting 450kg and, despite being electric, has the same tow capacity as diesel products of one tonne. It’s also fully compliant for road use. Price-wise, you’re looking at €31,000 including VAT on turf tyres.

Reesink Ireland are very excited about the potential of the electric tractor – according to Mr Cooney, “we believe it has more than enough power to be a useful, reliable and practical alternative. It will be a very interesting proposition for stud farms, nurseries, local authorities, sports pitches and golf courses with its compact size, zero emissions and low noise levels.

“The FT25G is fully chargeable from a domestic socket in five hours and able to run for up to six hours ensuring productivity won’t suffer by the decision to go green. We are already seeing a high level of interest in this model from our current customer base, which is not surprising given the increasing level of interest in general in electric vehicles.”

Having just received their first consignment of tractors, Mr Cooney went on to explain that Reesink Ireland would initially be concentrating on the compact and mid-size tractor ranges which will be promoted locally from their retail branch in Nurney. “Once all the necessary internal training on service and parts has been completed we will then establish a dealer network to support the complete tractor range nationwide,” he said.