LEIXLIP Amenities Liffey Celtics Basketball club have a tricky away assignment as they face IT Carlow in the MissQuote.ie Super League on Saturday. 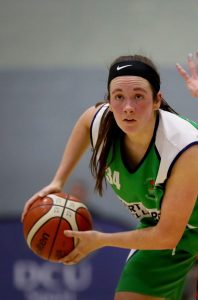 The North Kildare side come into the game off the back of a 77-74 win over The Address UCC Glanmire side which included Monasterevin’s Claire Melia. Liffey Celtics new head coach Yiannis Liapakis said: “It’s going to be a very difficult and physical game. Especially after the performance we had last Monday, we want to keep the momentum and continue build on that. We know that IT Carlow haven’t won yet, but they had only one American, now they’re going to have a second one as Kojack (IT Carlow head coach, Martin Conroy) mentioned last week and they’re going to do their best to beat us in their home. We’re really looking forward to Saturday’s game and we’re getting ready the best we can.”MissQuote.ie Super League