THE Kildare LGFA Senior Final is now upon us. There were a few false starts or interruptions with CODA called in to resolve a Group match and then Leixlip having issues with the staging of the final at 7.30pm on Friday night. 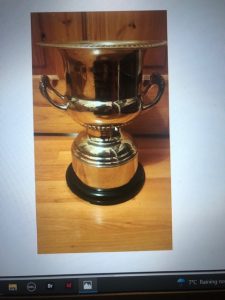 All issues now resolved the Final will now go ahead on Friday evening at 8pm in Manguard Plus Kildare GAA Centre of Excellence in Hawkfield.

Eadestown, the defending champions, are firm favourites to retain the Burke Cup named after Davy Burke’s late father, Kieran. They will be wary of a Leixlip side who didn’t read the semi final script and denied a repeat of last year’s decider between Eadestown and Sarsfields, even if the champions were convincing winners over Leixlip in the Group stages of this year’s championship.

Eadestown also defeated Confey and Suncroft in the Group stages before having a convincing 3-17 to 1-4 victory over St Laurence’s in the semi final. Leixlip’s only defeat was against Eadestown in Round 1 but they went on to defeat Suncroft and Confey before their surprise defeat of Sarsfields by 3-11 to 3-7 in the semi final.

Although the defending champions will be without county player, Siobhan O’Sullivan, because of overseas duties, Manager, Gavan Doyle, can still call on the experienced Grainne Kenneally, Grace Clifford and Hazel McLoughlin as well as younger players, Sara Carroll, Aine Mernagh and Ruth Sargent.

Leixlip Manager, Matt Masterson, has plenty of aces up his own sleeve as well in the vastly experienced former county player, Maria Moolick, captain, Aileen Quinn, as well as current county players, Mia Doherty and Eva Turley. However, both managers are at pains to point out that it is the younger players that have given them the impetus in 2021.

After all the wait a big crowd is sure to witness a great final under lights and if Eadestown play to form then they will prevail. Any dip in that and Leixlip will pounce.

Eoghan O’Neill is the Referee for Friday night’s Kildare Senior Championship Final. Eoghan has officiated at all levels in Kildare and at Provincial level and this will be his senior final. Rebecca Brereton and Bill Brophy will be the Lines persons with Darren Malone as 4th Official. 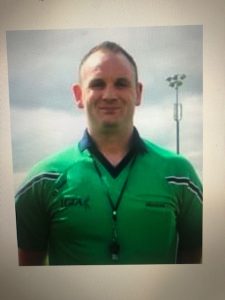