THE Kildare Nationalist understands that Kildare LGFA are to announce Sean Finnegan as the new Manager of their intermediate team to succeed Daniel Moynihan. The Mayo native led Westmeath to an All Ireland Intermediate title against Wexford before stepping down from the Lake County role last month. Finnegan was part of the backroom team for Roscommon when Kevin McStay was in charge there. 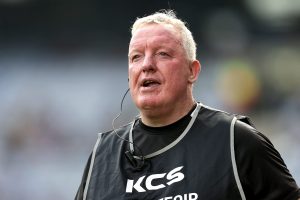 The Kildare Nationalist also understands that four time Mayo All Ireland winner, Diane O’Hora, is to be part of the new Management Team. O’Hora stepped down as Roscommon Manager in July citing player power as her reason for doing so.

It appears that internal Managers were overlooked on this occasion as the likes of Gavan Doyle, two time winning Manager with Eadestown, Kevin Murnaghan, All Ireland Junior winning Manager with Wicklow and Shane McCormack, part of the backroom team with Armagh, among others, would all have been serious internal candidates.

The new Management Team, whenever announced, will have missed the opportunity to run the rule over players in this year’s championship, which finished on Friday 5 November, but they will have one more opportunity, at least, to view the Eadestown players who will take on Dublin Champions, Foxrock/Cabinteely, in the Leinster Championship on 21 November.