THE Gaelic Players Association (GPA) have announced an overhaul of its player support services following months of “consultation to understand what they (players) want” as they introduce BEO360 which they “is a person-centred, individualised approach to supporting the development and wellbeing of GPA members throughout their inter-county journey.” 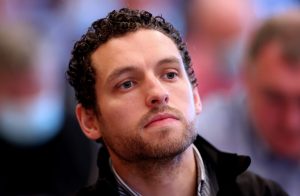 BEO365 is based on four key pillars, according to the GPA including:

“This was the right time to review the current inter-county playing environment and take advantage of new opportunities to support members that have come to the fore during the pandemic,” according to GPA Representation Manager Eamonn Murphy. “Following the merger with the WGPA we had to look at delivering services for 1,500 more members.  We’ve seen the emergence of new digital pathways.  New programmes have come on stream and a split season means players will have more time to concentrate on their off-field lives.  BEO360 takes all of this into account.”

“Players are at the centre of BEO360.  It is designed to support them to maximise the opportunities associated with being an inter-county player and enhance the positive impact this can have on their lives,” said  GPA Player Development Manager Jennifer Rogers.

“We looked at development programmes from around the world that are recognised as being best in class, compared models of engagement and gained an understanding for the tools and resources required.  We then identified our key focus areas – our pillars.”

“We have developed a holistic wellbeing support to enhance each stage of an inter-county player’s journey, which is evidence based, utilises and benefits from enhanced digital infrastructure and success can be measured,” according to GPA Lead Player Development Coach Ian Reeves.

“Ultimately the aim now is to ensure all 4,000 of our members are aware of and have access to the support they require at whatever stage of their inter-county career they are at.”

“This will have a transformational impact on the lives of players”, according to GPA CEO, Tom Parsons. BEO360 caters for every part of a player’s life.  We have created the support structure that will allow them be at their best off the pitch, it is now essential that they make their own personal decision to engage and reap the rewards”.

Over the coming weeks and months GPA members can expect to see lots more opportunities to start their BEO360 journey with a series of webinars and workshops around the four pillars of the programme in the pipeline.