NEWBRIDGE College has announced the appointment of former Leicester, Munster and Ireland player, Johne Murphy, as their Director of Rugby. The Rathangan man will take on the new role in addition to his current successful role as Senior Head Coach with the College which recently won the Leinster Schools Junior Cup. 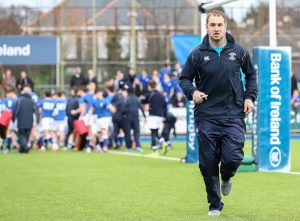 Johne Murphy, new Director of Rugby at Newbridge College Photo: INPHO/Gary CarrTaking to his Twitter account, following the announcement, Johne Murphy said, “Really looking forward to layering on the development that has already taken place both on and off the pitch.”