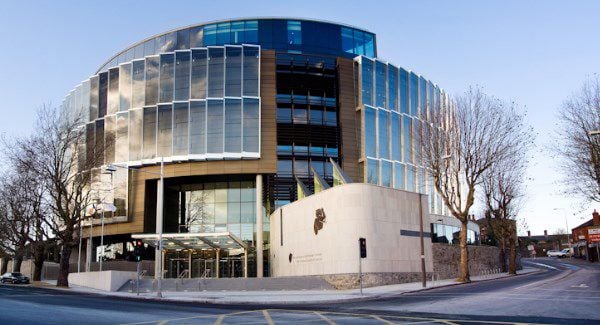 A man who assaulted a teenage girl will be discharged from the indictment if he meets the judge’s conditions, a court has heard.

Norense Okungbowa (46) assaulted the then 17-year-old girl in the car park of a hotel where they had arranged to meet. He was a bus driver and had met the victim while she travelled on his bus.

Sergeant Shay Leonard told Monika Leech BL, prosecuting, that the victim got to know Okungbowa while she was travelling on his bus to school.

Sergeant Leonard said they arranged to meet at the hotel in Lucan on the date in question, but that a row broke out between them. Okungbowa said he would drive her home, but the victim said no and ran away from him in the car park.

Okungbowa got out of his car, went up to her and punched her in the back and side. As he hit her he was asking her to give him his money, as he had given her a relatively small amount, the court heard.

The victim ran away from him, but he caught up and hit her again before leaving in his car.

In her victim impact statement, which she read out in court, the victim said she finds it really hard to trust people after the incident, and she has lost her sense of security.

She said she is paranoid when she is alone and every time she is approached she always feels like something bad is going to happen.

Sergeant Leonard agreed with Fiona Murphy SC, defending, that her client admitted to having voluntarily transferred money to the account of the victim.

The sergeant agreed with counsel that a few days after the incident, there was a confrontation between her client and teenage friends of the victim, during which her client’s car was damaged.

Ms Murphy said she was instructed by her client to express his “genuine sorrow and remorse”. She said there was no question her client had made any efforts to contact the victim since the incident.

Counsel said it seems her client had been friends with the victim and wanted to help her out, but that things went wrong in circumstances where he thought she had wrongly taken money from him. She said her client knew that was no excuse for his actions.

She said her client has worked for Dublin Bus since 2008. She asked the judge to consider imposing Section 100 of the Criminal Justice Act 2006, which allows the court to discharge an accused person from an indictment.

Judge Martin Nolan said he would adjourn the matter under Section 100 to May 4th, next, on condition that Okungbowa keep the peace and be of good behaviour, pay a €100 fine and collect €2,000 which can be passed on to the victim.

Judge Nolan said that if the conditions are not complied with, the appropriate sentence is two months imprisonment.

He said he was doing this on the basis of Okungbowa’s guilty plea, his cooperation with gardaí, his lack of a criminal record, his expression of remorse and his long-standing work history. He said it seems Okungbowa is “well capable of being rehabilitated”.

Woman played dead to escape an attack from her boyfriend, court hears