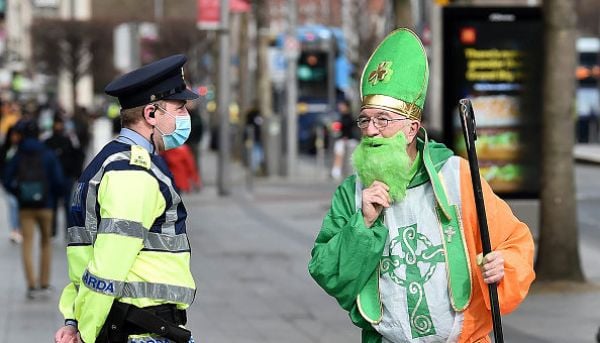 A double bank holiday around St Patrick’s Day is being considered by the Government.

Tánaiste Leo Varadkar said March 17th and 18th could both be bank holidays for a four-day weekend in 2022.

The extra holiday would serve as a day of remembrance and to thank frontline workers for their efforts during the pandemic.

Speaking on RTÉ radio’s Today with Claire Byrne, Mr Varadkar said it was too late to have the bank holiday around St Brigid’s Day on February 1st, as employers need plenty of notice.

“We want to do an additional bank holiday next year. We would also like to have a new permanent bank holiday,” he said.

“In the last week or so we feel that announcing the public holiday for January 31st or February would be inappropriate given where we are. The pandemic isn’t under control.”

Mr Varadkar said the Government wanted to make sure there was no “additional public holiday when our hospitals are in a difficult situation.”

He said the new bank holiday may move to St Brigid’s Day from 2023.

An extra holiday, to add to the nine current bank holidays, has been promoted for several months as one of a range of options for a “pandemic bonus”.

The campaign received backing from the Women’s Parliamentary Caucus, the Green Party and public figures like Joe Duffy, Marian Keyes and Imelda May.

Caution urged as temperatures in Ireland set to drop to -4C