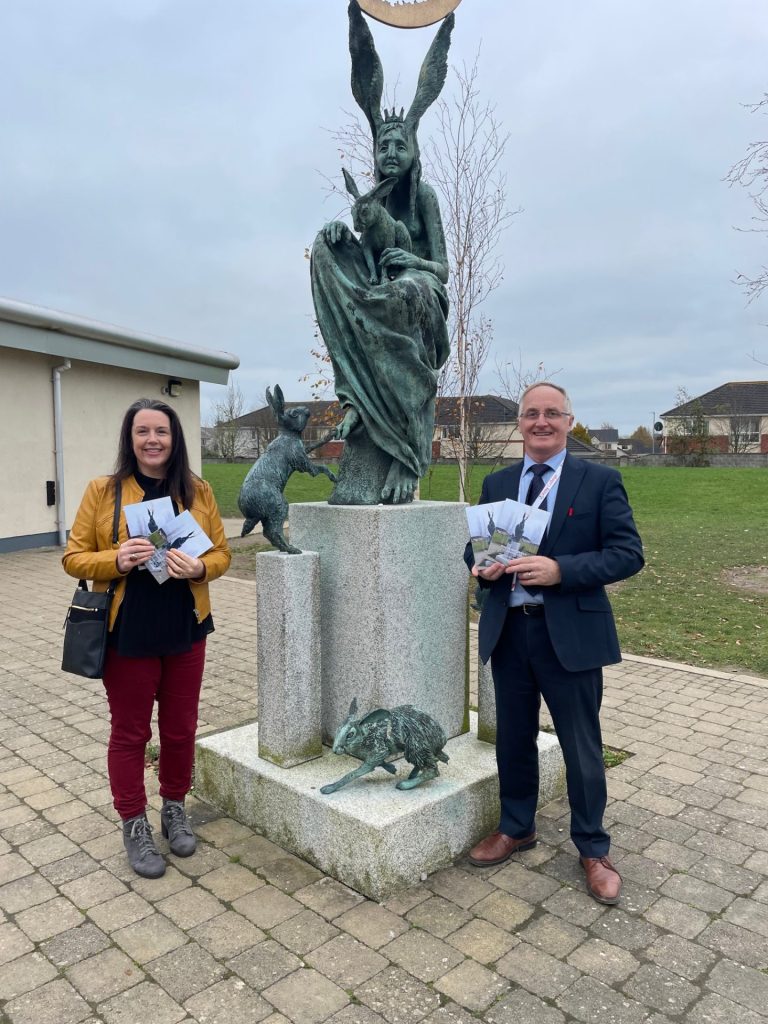 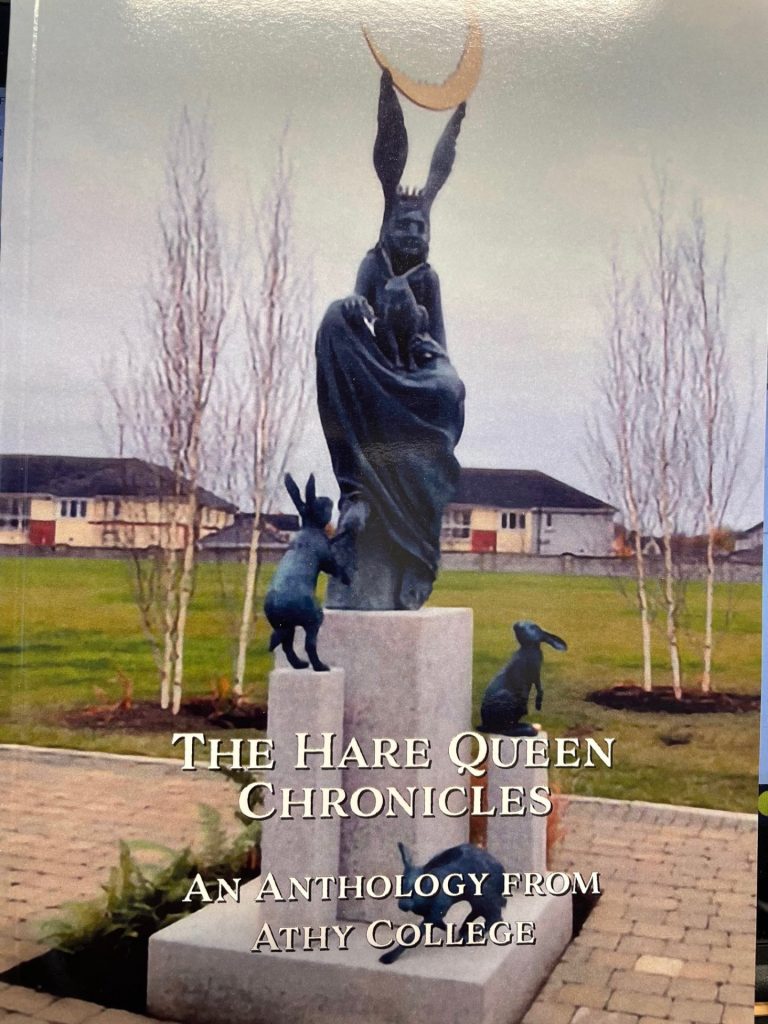 Since the installation of the beautiful statue of the Hare Queen at Athy College, they were always anxious to generate a legend which would surround, embellish and, perhaps, explain the half human, half hare depicted in bronze on the campus.

Enter Niamh Boyce, the renowned author who worked with students to explore the mythical being and create The Hare Queen Legend, a local tale of a changeling who turned from human to hare.

This fantastic tale is set in Athy, on the banks of the river Barrow, and can now take its place in local folklore. Niamh encouraged and assisted some students to create their own stories and reflections on the legendary creature, thus creating the Hare Queen Chronicles.

On reading the story, President Michael D Higgins described it as “a most inspiring and enriching piece of work, connecting the college to a significant element of its legacy and narrative.” He also congratulated all who contributed to the Chronicles in such creative and imaginative ways.

“Particular thanks to Niamh Boyce whose two major works The Herbalist and Her Kind have won her acclaim. It was a pleasure and a privilege to have her work on this project.

“Unfortunately, Covid times prevented a public launch and we awaited a time when we could showcase it. Niall de Búrca, the storyteller, visited the college [last Thursday] and themed his deliveries around the hare and enthralled students with stories of the legendary creature.

“Collectively we donate this legend to the town of Athy.”

In this week’s Kildare Nationalist