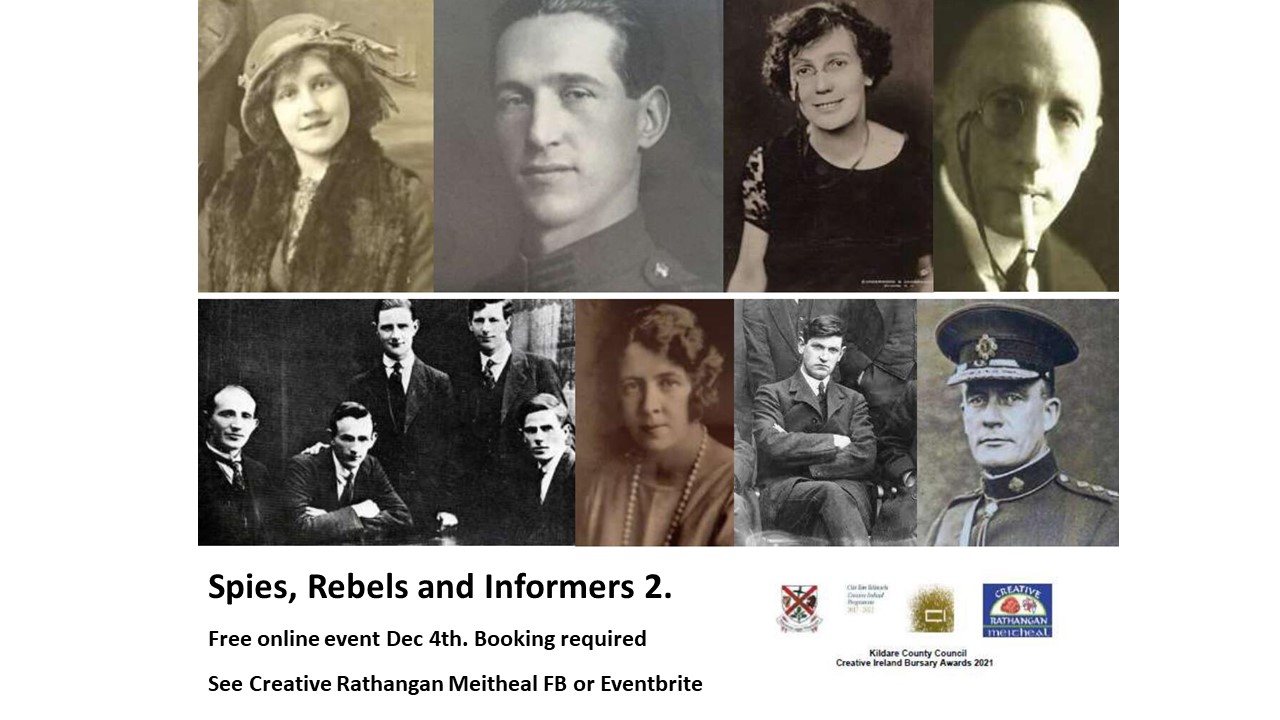 If you’re into your history and heritage, don’t miss out on ‘Spies, Rebels and Informers 2’, a free online event taking place on Saturday 4 December. To whet your appetite, it’ll feature a presentation by historian Seamus Cullen on ‘Ned Broy – The Spy from Rathangan’ who was born in 1887 and grew up on the Kildare-Offaly border.

Broy, who was played by Stephen Rea in Neil Jordan’s film on Michael Collins, did not meet the same fate as his fictional counterpart. But he was found out by British intelligence and spent five months in solitary confinement in Arbour Hill on 56 charges of High Treason.

Collins threw some doubt on the British case against Broy by persuading another detective in G Division to flee from Ireland. When Broy was released, Collins was waiting outside the gates of Arbour Hill for him with a parcel containing a new suit of clothes. Not long afterwards, Broy accompanied Collins to London for the Treaty negotiations, acting as his private secretary and ensuring Collins’ security. Broy acquired an aircraft – ‘the big fella’ – in case the talks broke down and Collins needed to make a quick exit from London.

Seamus Cullen’s research reveals that Broy was far more important to Collins than was previously thought and, in addition to passing on vital intelligence, he also helped shape Collins’ counterintelligence strategy, becoming a key player in the network of spies who provided Collins and the IRA with vital intelligence.

Although his name is inextricably linked with the notorious Broy Harriers, it is worth bearing in mind that De Valera chose Broy to serve as Garda Commissioner at a time when Civil War tensions threatened to spiral out of control, and that Broy was trusted by both Collins and De Valera.

For further information and to book a place, check out the Creative Rathangan Meitheal Facebook page or visit Eventbrite.