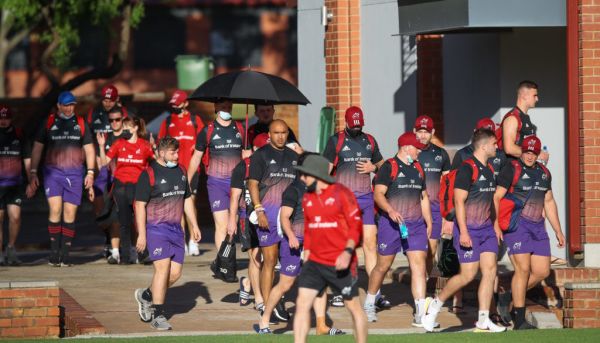 The majority of the Munster rugby squad have been cleared to fly home to Ireland from South Africa with two members – a positive Covid-19 case and a close contact – set to remain in Cape Town, the Minister of State for Sport has said.

Munster and Welsh side Cardiff were unable to leave South Africa as planned on Sunday after both returned positive Covid-19 cases. The teams have been isolating in their Cape Town hotels.

“The rest of the team, there are about 48 people involved, they are now being authorised to travel and work is ongoing to find a route home for those who have tested negative,” Jack Chambers told RTÉ.

Munster and Cardiff will have to isolate for 10 days on their eventual return home, which may affect future fixtures. Cardiff start their European Rugby Champions Cup campaign on December 11th, with Munster playing their opener the next day.

Filed under: Munster Rugby and Covid