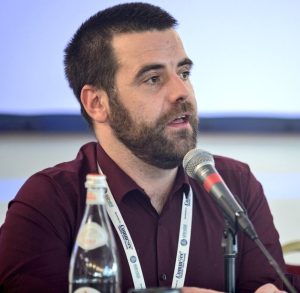 THE Government must take immediate measures to address homelessness, as an astonishing five children became homeless every day in October.
“According to the most recent homelessness statistics, the number of persons who are homeless and living in emergency accommodation has risen to 8,644, including 2,513 children,” said Cllr Chris Pender.
“It is extremely troubling that so many children are becoming homeless, and in just the last two months, the number of children who have become homeless has increased by 15 per cent,” he revealed.
“The number of homeless persons has climbed for the sixth month in a row.

“To eliminate homelessness, the Government must take quick action, and increasing renter safeguards to put us in line with other European nations would be helpful.

“To serve persons with complex needs, we need to significantly expand the number of Housing First Tenancies, but here in Kildare alone, Q3 has seen 0 new Housing First Tenancies being created.”
The total number of individuals currently in Housing First tenancies in the Mid East region (Kildare, Meath and Wicklow) is 32,  just 10 shy of the 42 Housing First tenancies created under the current Plan.
“It is also wrong for local governments to employ cumbersome local connection rules to prevent individuals from moving out of emergency accommodations and into housing.”

“Darragh O’Brien, the Minister for Housing, must issue a circular to local authorities to end this practice and help persons who are homeless.”