Decorated solider to be sentenced for sexually abusing three boys 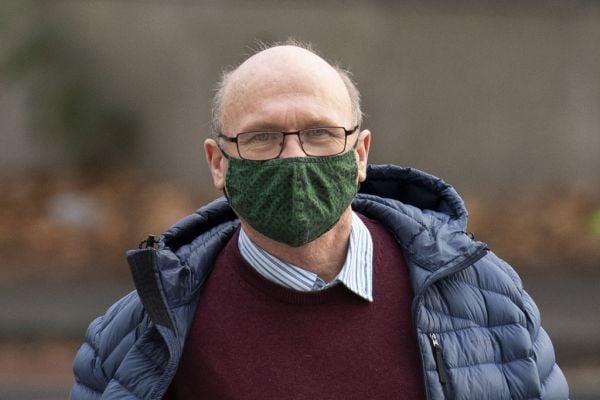 A decorated soldier who sexually abused three neighbourhood boys up to 40 years ago used his position of trust to his advantage when he targeted his victims, a court has heard.

Michael McGuinness (61), who served for 21 years as a driver in the army, was “trusted” in his local area when he sexually abused three young neighbours over an 11-year period, Dublin Circuit Criminal Court was told on Tuesday.

The boys were aged between seven and 13 when the abuse occurred, while McGuinness was aged in his twenties. The three complainants waived their right to anonymity, meaning McGuinness can be named.

One of his victims told the sentence hearing that McGuinness disguised himself as a friend. “In reality he was a predator”.

“He was seen as trusted in the area because he was in the army,” the man said in his victim impact statement.

Another man told the court he had a lifelong distrust of uniforms and those in positions of authority after he was abused by McGuinness. He said McGuinness “put the fear of God in me”. “He destroyed all my trust of people, particularly people in uniform,” he said.

Another complainant said McGuinness deprived him of achieving his full potential, after he turned to drugs and alcohol to deal with the abuse.

“Your actions not only destroyed my life, but destroyed the lives of those around me,” he told McGuinness in his victim impact statement, which was read out in court by counsel.

McGuinness, with an address in Main Street, Borrisokane, Tipperary, pleaded guilty to five counts of indecently assaulting the three boys in Dublin and in unknown locations in the state between 1979 and 1990.

The court heard that after he was honourably discharged from the army in 2000, McGuinness worked as a driver for the Irish Wheelchair Association for a number of years. He was suspended when the abuse allegations came to light.

When interviewed by gardaí in 2019, McGuinness immediately admitted the abuse, describing what he had done in the past as his “dark dirty secret”. “It’s haunted me all my life,” he told gardaí, adding: “It’s not me. It doesn’t define me.”

He said he had confessed everything to his wife and adult children, who continue to support him. He has no previous convictions.

Detective Garda Bevin Meaney told Eoghan Cole BL, prosecuting, that McGuinness and his victims all lived in the Crumlin area of Dublin during the period in question.

The court heard McGuinness befriended the boys, two of whom were brothers, by offering to bring them on drives up to the Dublin Mountains or for walks with his dog.

The two brothers only found out they had both been abused by McGuinness when they were adults, with the older brother saying he felt “just as guilty” as his abuser because he was unable to save his little brother from the same fate.

The abuse came to light when one of the complainants met McGuinness through work and reported him to gardaí.

Kathleen Leader SC, defending, said that when interviewed by gardaí, McGuinness accepted responsibility for what he had done. He told gardaí he wished to apologise “wholeheartedly” to his victims, the court heard.

Ms Leader said McGuinness was decorated by the army and served a number of tours of duty with distinction, including in Lebanon and former Yugoslavia. He attempted to take his own life last year and has been undergoing counselling, the court heard.

Judge Melanie Greally noted the repeated nature of the offending and the impact it has had on McGuinness’s three victims. She ordered a number of reports and remanded McGuinness in custody pending his sentence on March 15th next year.