Negative Covid test required for entry to Ireland from Friday 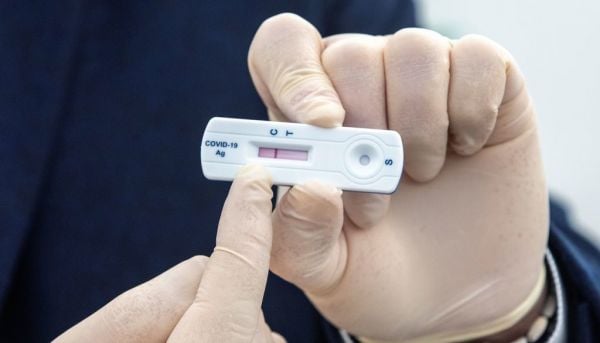 All arrivals into the State – whether vaccinated or not – will need a clear Covid test result from Friday onwards.

Those travelling with an antigen test result will need to have obtained it within 48 hours of departure, and it will have to be professionally administered. No self-administered tests will be accepted, under rules agreed by Cabinet on Tuesday morning.

Those with a PCR test result will have a longer pre-travel window of 72 hours.

Persons arriving into the State from overseas who have been vaccinated or recovered from Covid-19 will be required also to have a certified negative test.

These rules will apply to people travelling from all overseas jurisdictions, including Britain.

The Cabinet met to discuss proposed new measures designed to curb the spread of Covid and the Omicron variant.

One senior minister told The Irish Examiner that testing is preferable to last year’s situation where non-essential travel was advised against or not allowed.

They pointed to a similar policy that will come into effect in Portugal this week.

Meanwhile, the Cabinet also endorsed National Public Health Emergency Team recommendations that children aged 9 and over wear masks in school and reduce indoor socialising when it meets on Tuesday.

But, according to The Irish Times, the Government will not make these legal requirements, instead leaving them as recommendation to schools and parents, while asking them to curtail their children’s contacts.

On children’s gatherings, it is understood there won’t be a blanket ban on playdates or attending pantomimes.

However, one source told The Irish Times that the advice to parents could be that if they were considering both activities for their children in the same week they should only do one.

In general, the advice for children will be the same as for adults to reduce socialising.